(Sorry, these things are all rather random and the day has been too long to wind them together in a better way, so in the style of ‘showing’ / ‘show and tell’ at primary school…)

This week I’ve made:

…Cherry Pie.  And the recipe came out of my head.  It did only involve three ingredients, so I’m not sure that actually counts as a recipe but it did come out of my head and did taste ok.

….My socks really dirty on my longest ever run (10.25km).  Three washes later my (brand new) socks have still not recovered.

…Stripey legs.  I think they might be go faster stripes.  The day after my longest run, I did my fastest (5km in 29 minutes 47 seconds).  The three legged donkey in me who only started running last April was rather proud as back then, I couldn’t even run to the end of my road.

…My 34th dragon.  Along with some mates he’ll be off to be brave for one of the children at a local Women’s refuge soon.

…Smiles.  I had a meeting with a horrible little man which – I’m ashamed to say – resulted in me crying in the toilet (after the meeting.  Horrible little man didn’t know, neither did anyone else).  I decided smiles were needed, even if they weren’t mine, so I bought and gave Freddo Frogs to people in the office I actually like, because who doesn’t like a Freddo Frog? 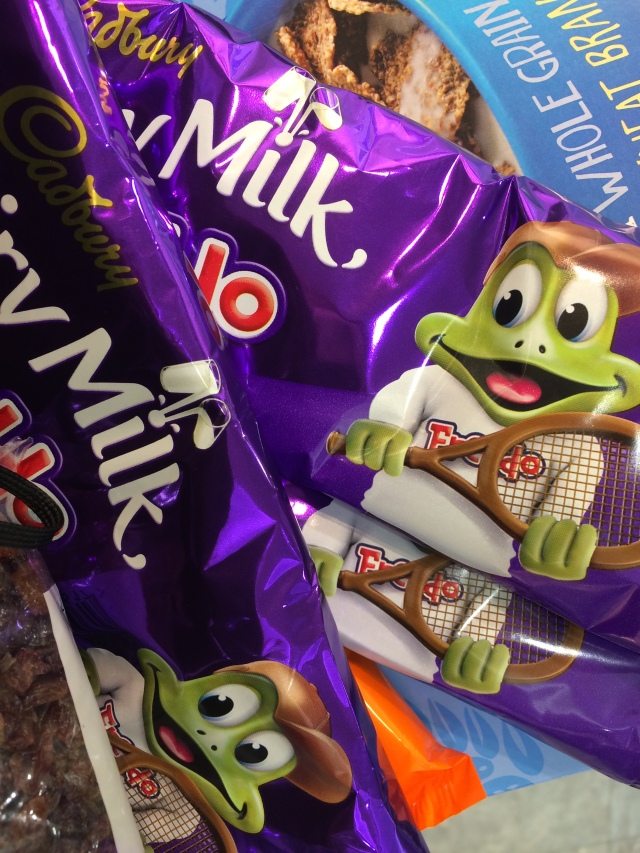 …Snow.  Ok, I didn’t make the snow, but I had to include it as all 2 inches of it bought Bumpkinsville and Bumpkinstown and all surrounding areas to a standstill.  This amused my colleagues in Eagan – who do snow quite well – a lot.