If you’ve been hanging around with me here for a year or so you might remember my holiday last year to an island in the Philippines.  The holiday of a lifetime.  The one where I was going to lie in the sun in paradise for ten days.  The one where actually, three typhoons hit and it rained solidly for 8.5 days – something they’d never experienced before.  In desperation not have a complete wash out (ha ha), and despite being pretty much terrified of the sea and going underwater, I came home a qualified scuba diver (and also discovered that you can have a panic attack the involves throwing up 12 meters under water).  That was my second single, independent woman’s holiday.

The first had been a few years before that and involved a cockroach infestation, a lot of ham and cheese.  And rain.

This year is the last time I try this single independent woman holiday lark.  But I’m hopeful.  My mum found a yoga holiday in Greece, but actually it is a lot more than that – they do all sorts of different classes (and I do like a class…)  They have two bases:  One up a mountain, in the quiet and perfect for a Pog.  So I am not going to that one….(No, I don’t really know why either now).  I’m going to the busier base by the sea, although I have been promised that it’s not too busy and my room looks out onto…a donkey.

And after the last week, surely nothing else can go wrong?  (After a slightly disastrous dentist trip last Friday, on Monday a surgeon did do some magic, but it involved drilling away a bit of my jaw, some stitches and a lot of pain.  It still hurts :o(  )  So surely all the Pog chaos must be over, ready for me to go and do yoga-ing and fit-balling and maybe even a bit of paddle boarding? (I just need to find some goggles and a nose clip for the latter, just in case).  We’ll find out soon enough – I leave in a little over 24 hours.

(Watch the weather in Greece.  If they have their first typhoon in the next week I think it’s safe to blame it on me)  :o)

It’s all about perspective anyway.  A few weeks back I saw this statue of a man, all sad and hunched over: 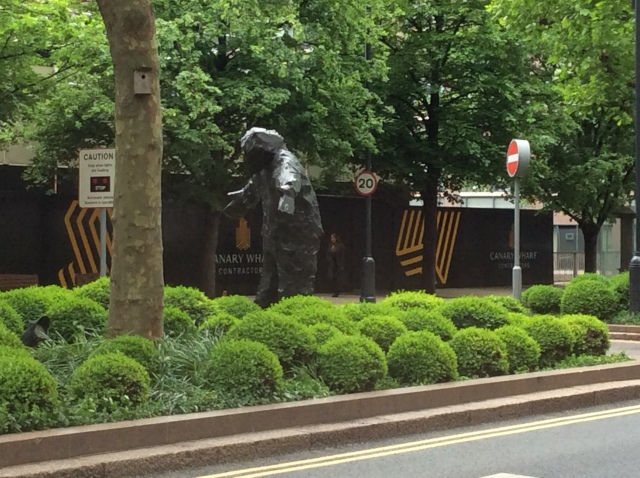 And yesterday I stood somewhere slightly different and saw it differently: 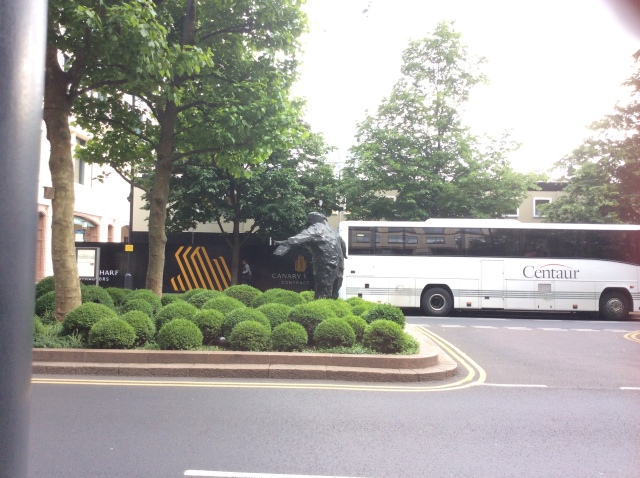 It was a man throwing his arms out and holding his face to the sun.  I plan on doing the latter very, very soon :o)

And just because I want to add the photo somewhere, these were the source of my pain.  The bigger one had already had both sides drilled off to make it smaller to get it out.  :o/ 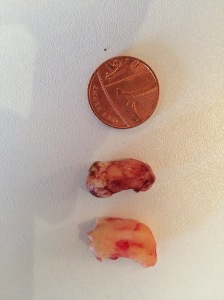 2 Responses to One final attempt…