Yesterday I actually became SSI certified! I have done 6 official dives (plus one in the pool and one which doesn’t count because it was mainly exercises) and I passed my theory exam.

I have seen ghost pipe fish, scorpion fish, sea snakes, nudey branches…I’m not sure if that is the right spelling, but this is a picture of one I photograhed from my instructors computer: 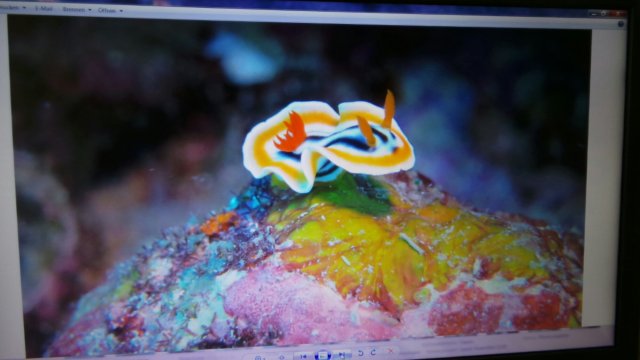 It’s a pyjama nudey branch and is a little like a slug in PJs. I have seen hundreds of different fish and sea creatures ans the most beautiful corals.

Yesterday I swam with a HUGE shoal of sardines. Again, this is my photo of a picture (and unfortunately we had really bad visibility so it wasn’t quite as good as this) but to give you an idea: 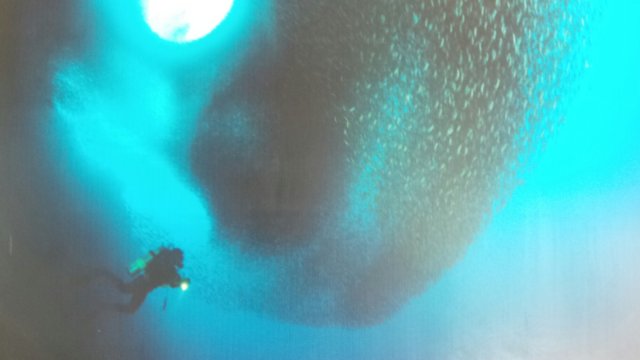 There are millions in the shoal, apparently….

I’d love to say that I am now a diving convert, but it didn’t get easier. If it hadn’t been for the patience of my amazing instructor, Peter, there is no way I would have qualified. This man deserves a medal: 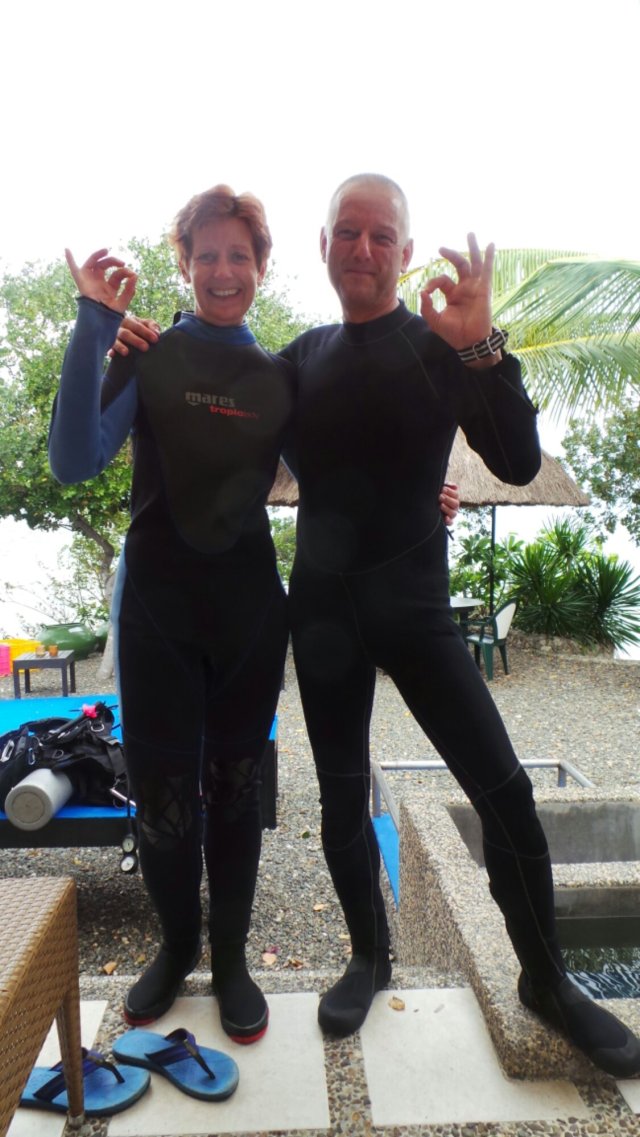 A few things didn’t go quite to plan (of course they didn’t) but I learned a lot about diving and about me….

– I had to learn to do a back roll (well, fall backwards) off a boat. When water up your nose is a massive fear it doesn’t matter how many 1,2,3’s the boat crew count for you, it isn’t going to happen until you realise you really do have no option.  I’ve done 4 of those rolls now. It still takes at least three attempts though. 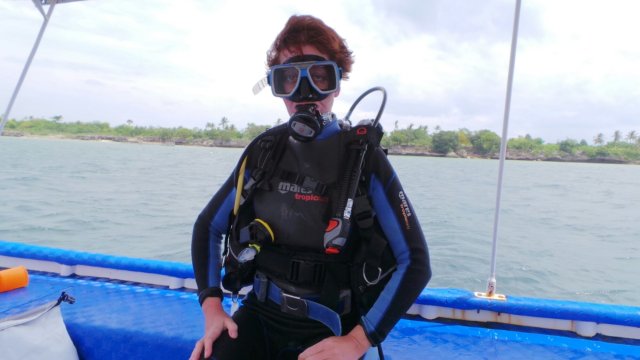 – I managed to get myself in such a panic on one dive I really did throw up. This is an interesting experience at about 12m under water when you can’t pop up on to the surface, and not one I am keen to repeat. If you have a Peter with you though, you can be sick, have a coughing fit, have him remind you to breathe and then distract you with some pretty fishies and carry on like nothing happened.

– It turns out that whatever the panic I am like a small child when it comes to distraction with fishies. (It’s a shame the same wouldn’t work on a crowded tube train).

– And as lovely as Peter was, he was mean too. He made me take my mask off underwater for a second time, even though I had already passed the exercise. I made him promise we could do it in shallow water so I could get to the surface and get water out my nose if I needed to. We went to shallow water, I finally took my mask off, put it back on, inhaled half the ocean, signalled in panic that I had to go up and….Peter shook his head, held onto me and started pointing out pretty fishies. I hated him. My nose hurt, my eyes stung. It was 40 minutes before our dive finished. But only about 3 before I forgot I had to get to the surface….

– So not only did he show me I was capable of more than I thought, but on my final dive I thanked my lucky stars for his ‘meaness’.  The current was strong as we were doing our safety stop (you have to stay at 5m for 3 minutes to stop nasties happening to your body) so we hung onto the rope of a buoy. As I grabbed it I guess the current pushed me – my mask came mostly off and my regulator fell out.  I couldn’t go up, but Peter’s training actually kicked in and I realised I could manage the situation. Who would have thunk it?!

That said, I have spent all today on dry land, reading a book :) I think I will probably dive again, but maybe not for a little while. It’s all a bit hair raising: 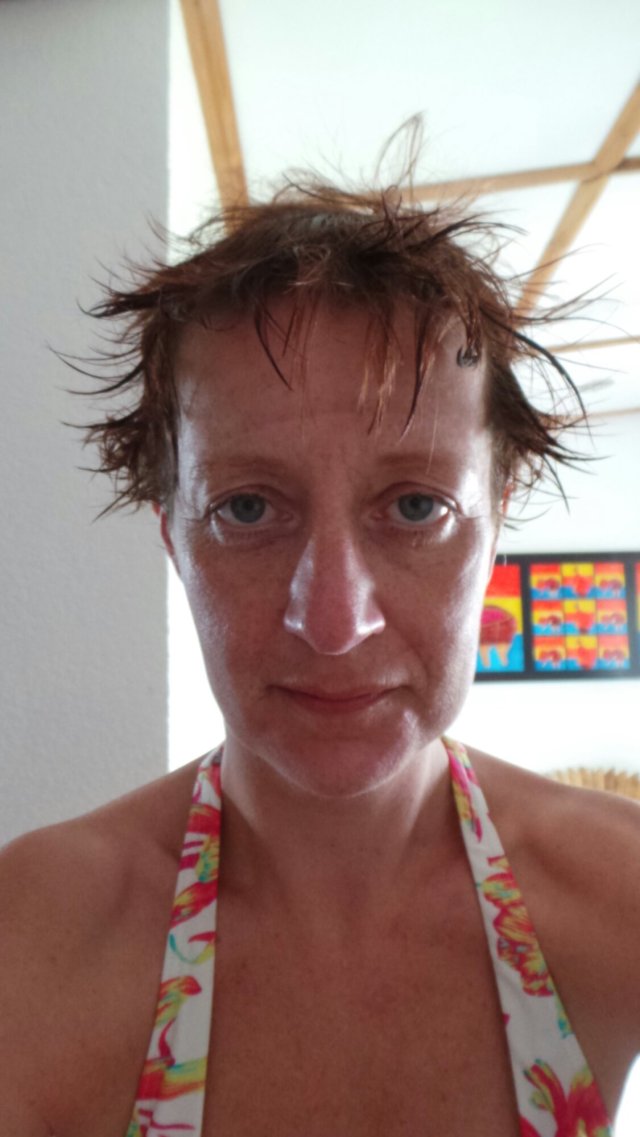 I am quite proud. I have done something that really scared me. That’s my braveness quota used up for the forseeable future though :)

6 Responses to I DID IT!