When I crochet I like things to be symetrical.  This doesn’t aways work, especialy if I’m making up the pattern but the intention at least, is that things should match.  At the end of last year Sister 2 saw this on Facebook and thought I should try it:

Basically, you assign each ball of wool a temperature range and crochet one row a day, based on what the thermometer (or the BBC weather app) says.  So I changed the temperatures slightly to make them more Bumpkinsville appropriate, found some similar wool, and then got slightly twitchy when I realised this was going to look very, very random and I had no control over it.  But I’m getting over the trauma and have finished January: 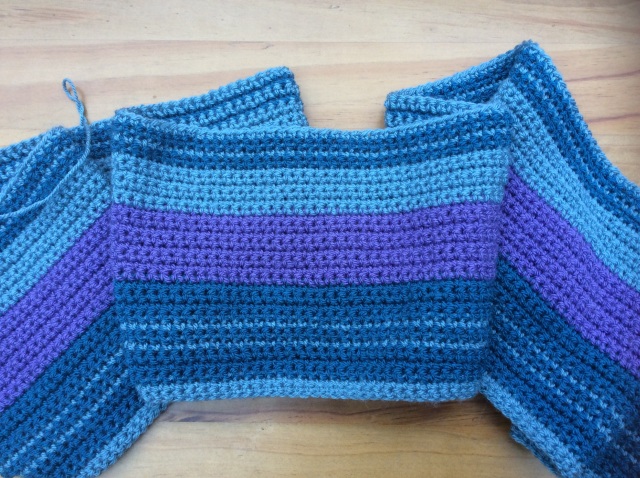 I have developed a slightly unhealthy interest in the temperature, discussing with Norman that it ‘would have looked a lot better if it was a Petrol day rather than Storm Blue’, but he doesn’t seem too worried, so I am trying to be more cat about it.  There’s a way to go, but when it’s finished and I’ve added a boarder, I’ll have a third blanket to go on top of my duvet:

And in other crochet news, I’m a small way through making whatever the term is for a lot of dragons: 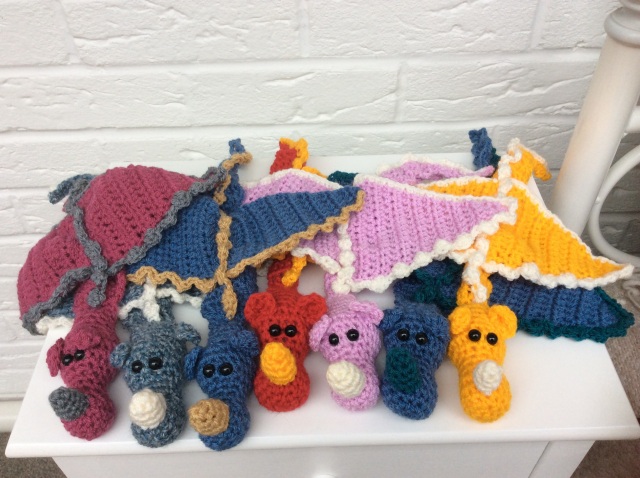 These are destined for new homes where I hope the bravery dragons are known for comes in useful.  I’ll save that story for another time though :o) 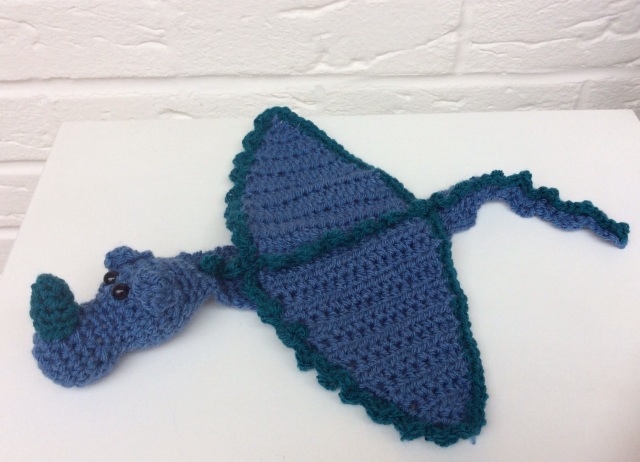 3 Responses to Dragons and uneven stripes