Posted on December 6, 2016 by thepogblog

Last week I moved desks at work.  Again.  This time it was only two floors, but it was the biggest sh*t show yet.  I’d packed a crate the previous week and been promised that my new desk may have no natural daylight, but it would be all set up and ready for me to start work on the Monday.   It wasn’t – nothing had been set up, so I did it all myself (no mean feat for an untechie like me).  It’s a long story, but it ended up being two hours and alot of humphing before I was able to work.

But then people got involved in the new desk equation:

Part way through the morning it turned out my desk is actually assigned to two other, different people in two different groups, who didn’t know about each other, or me.  Its like some weird desk triangle.  I offered to move.  Or just go home.  Much discussion took place.   Someone emailed a complaint to his manager on the other side of the office about the fact that the discussions were distracting him from work.  We knew this because the manager came over to ask us to keep it down as ‘Richard’ was having trouble concentrating.  ‘Richard’ looked sheepish as he was sitting in the desk almost behind me, not having had the b*lls to ask anyone to be quiet himself.

The man next to me was only interested in whether I had the ability to order him a name plate thingy like I have.  I told him I couldn’t as it was from the days when we spent money on that sort of thing, about 10 years ago.  He hasn’t spoken to me since.

The man behind me looks like he sleeps under Waterloo bridge.  I’m not sure his t-shirt / jumper, both from circa 1970 actually cover his tummy, but I can’t be sure as I’m too scared to look properly.  I can only assume he shaves in the dark and without a mirror.  He paces a lot and only talks to himself.

Another man, a fair distance away does a lot of teleconferences in a very loud voice.  He seems to have bypassed corporate bullsh*t and just moved to plain old bullsh*t.  My favourite phrases so far are ‘free hunting pass’ (you what?!) and we must ‘syndicate that approach’ (not got a scooby).

I think it might be getting to me.  Yesterday one of the men arrived and sniffed.  Loudly.  And roughly every 10 seconds.  For about an hour.  I went to the toilet, got a toilet roll and popped it on his desk in a pointy sort of way.  He thanked me (in a not very happy way) and said that he couldn’t blow his nose too much or he would get a nose bleed.  I figured that between me and the friend I sit next to (who had also had the joy of moving desks) who was as twitchy as I was over the sniffing –  he was likely to end up with a nose bleed if he didn’t start blowing his nose.  So I suggested, very gently, that if tissues were out of the question, he might like to invest in two small corks: one for each nostril.

He learned to blow his nose soon after :o) 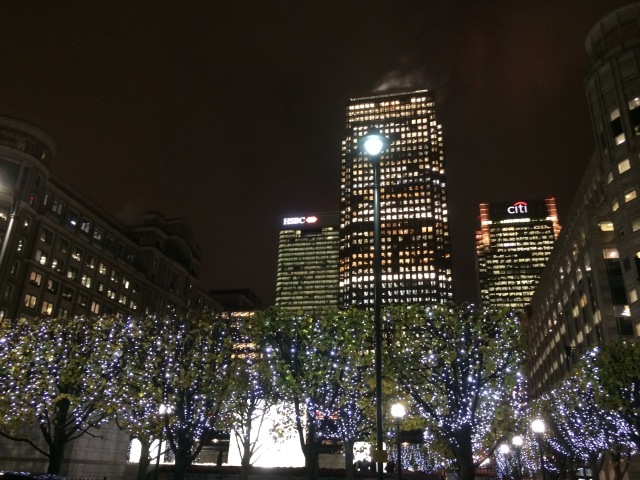