It was a Little Pea and Little Wisp sleepover the other week.

With so few weekends to choose from, it ended up being one where Himself was away on an expedition that involved making fire and building camps (it’s probably best not to ask).  So that meant it was me, them and Percy.

And it turns out that is EXACTLY as chaotic as you can imagine.

It started well.  I drove to Bumpkinsville and picked them up…

…and we drove back to one very, very excited pup.

All was good, we unpacked, established that Willow had no sponge bag or bedtime books, had tea, found a spare toothbrush and went to the playground.  Because that is a perfect way to calm everyone just before bed, isn’t it?

Apparently not.  We got back for pre bed showers and the bathroom was accidentally close to flooded, there was an almighty meltdown that toothpaste in this house (and also the one bought by her cousin) is too spicy to actually put anywhere near your mouth and – presumably because he was feeling left out – Percy threw up all over the (still very wet) bathroom floor around all three pairs of feet dealing with the toothpaste meltdown.

We survived all that though, then went upstairs to read books.  I then had to rush down to the hypno hut to find the only ones I could use (children’s stories I use with clients rather than text books, you understand).

But finally (after Percy gave away that they were chatting and I reminded them that the longer they chatted for the longer they had to stay in bed in the morning so they had enough sleep for our expedition… ‘sorry Auntie Pog!’:

But what actually work us all up at 5.15am was the smoke alarm telling me the battery was running out by beeping intermittently every 20 seconds.  And out smoke alarm is plugged into the mains and I didn’t know that’s what it was telling me, so in an effort to fix it I set it off.  And we decided we might as well get up.  Luckily, we discovered that when you pretend to be a tiger spicy toothpaste is actually not very spicy and just makes you laugh a lot..

And an epic day of dog walking, more playgrounds, bus riding (top front of the double decker, obviously), pier rides and arcade games and a visit to the duck shop ensued: 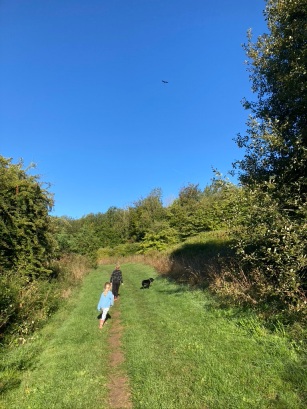 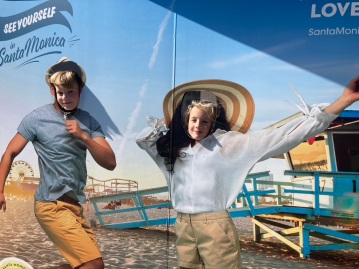 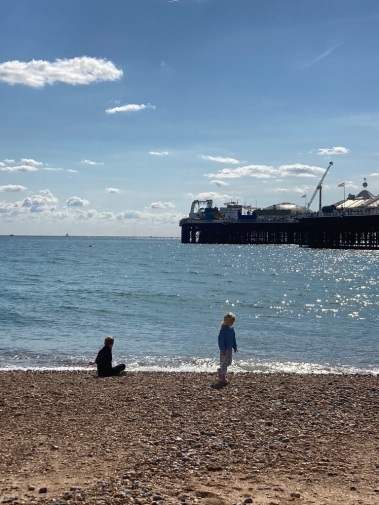 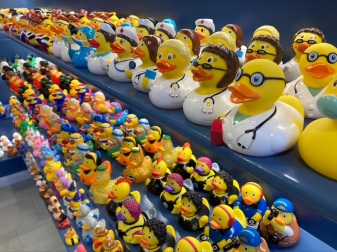 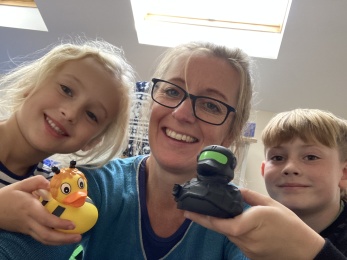 And Auntie Pog discovered that it’s not just teenage boys who can eat all the food; it’s just boys in general.

And Little Wisp shared her insight that when we die we turn into stars.  With eyes.  So we can watch people.  And she wondered if the queen had suddenly opened her eyes in the sky and wondered ‘what AM I doing up here?’.

And Percy had The. Very. Best. Time.

And Auntie Pog and Percy were pretty much asleep on the sofa by 8pm and (as we’d walked a startling 12km together), they suspected Pea and Wisp might have done the same…   :o)