Weirdness and a compliment

How on earth is it only Tuesday?  It’s being a weird week on all sorts of levels, the weirdest (and potentially entertaining….in a decade or so) being the fact that someone has decided to move into the recently vacated desk next to me.  Personally, I think there should be a law against having to sit next to the wife of your ex boyfriend (however ex they may be), but what would I know?  It is weird though.

On the upside, at fitball last night I bravely wore lycra running trouser things rather than tracksuit bottoms.  I was told at running that they are better for exercise as they hold things in – I had been opting for tracksuit bottoms on the grounds that they hid the bits that need holding in, but apparently it doesn’t make a lot of sense.  When I got to the class one of the girls complemented me on my top.  I pointed out the bottom half as I knew she had a hatred of tracksuit bottoms.  ‘Ah, it’s not the top that’s making the difference’ she said.  ‘It’s the bottoms.  You look much more aesthetically pleasing!’

And as compliments go, I was happy with that :o)

So after a day of video editing hell – which is ongoing as I write this – , I’m going to go to another class tonight to de-stress as yoga is still on Easter holidays.  This is ‘hi-met’.  Even the name is terrifying.  As I already hurt from yesterdays fitball there is a chance it will kill me.  But at least I will look aesthetically pleasing as I keel over….and I wont have to go back to office weirdness tomorrow :o) 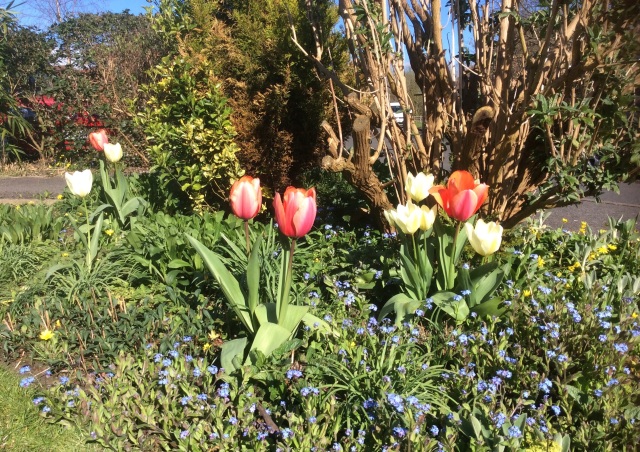 erm...
View all posts by thepogblog →
This entry was posted in fitness, Good for you, Pog Life, work and tagged compliment, exercise class, lycra, office, weirdness. Bookmark the permalink.