Last week two different people gave me their thoughts on time.  You can be the judge of how useful they were.

First I was told that ‘Not having enough time is bullshit.  It’s just a case of planning’.

Later in the week, when I said that I wished there were a few more hours in the day I was told ‘You should never wish; it shows that you have no control over a situation’.

My gut reaction was that everyone is entitled to their own opinion, but….  Anyway, I decided to put them to the test when I realised I was never going to achieve everything I needed to the other evening.  I had to get home, join a conference call (which would start while I was driving), finish crocheting a Minion hat and spend some time on my wobble board.  I had other stuff I had to do afterwards so there was a small window to achieve all three.  So I planned and I took control.

I was part way home when the call started, so I pulled over, dialled in, put my phone on speaker and…the speaker function had stopped working.  I didn’t have time to take the whole call at the side of the road, so I rolled up my bobble hat a bit further and… 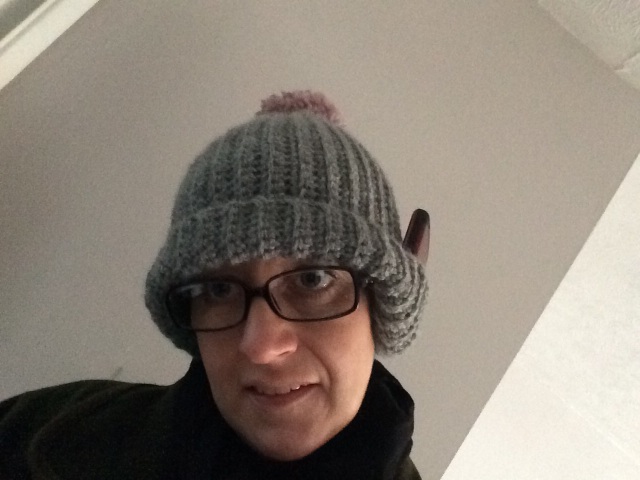 …popped my Blackberry in there.  I had to stay at a slightly interesting angle, but I could hear :o)

I got home and swapped the phone for the laptop to continue the call.  There was thirty minutes left of it. It would have been wasting time just to sit and watch the slides, so I got out the crochet.  Then I got out the wobble board.  And I made part of a minion while exercising and paying attention to the work stuff.  I even threw in a few emails there, just because I wanted to show off (to myself and Norman, as obviously nobody else was appreciating the literal balancing act going on at Pog Towers). 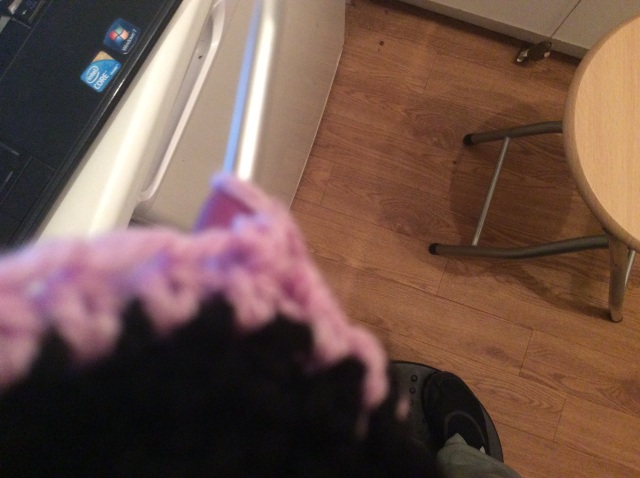 laptop on the left, crochet in the front and you can just see a foot on the wobble board – multitasking!

I think it is safe to say I have reached a whole new level of multitasking.  I’m not sure it was quite what either of those individuals meant, but I did plan, and I did take control.  It’s almost a shame I can’t take my crochet and wobble board into the office…I’d get some fun stuff done and get rid of my spare tyre, all while doing the day job :o)

erm...
View all posts by thepogblog →
This entry was posted in crochet, work and tagged dont try this at home, just showing off, multitasking, time, wobble board. Bookmark the permalink.