Advice to make your tummy smile

I think word has got around the office that my workload may have got utterly ridiculous.  People keep offering me advice.  I know it is well intentioned but honestly, it’s not really all that helpful.  For example, I was told the other day not to keep my blackberry on at night and just do the emails in the morning.  I was told otherwise I was ‘feeding the dragon’.  I tried.  It took until midday the next day to get through them before I could start on real work.  (I also got a guilt complex because as soon as I was told the dragon bit, I called my dragon ‘Fred’ and promptly got in a panic that night that Fred was probably getting hungry and might pass out or something…..that’s probably just my take on it though).

I also wrote an article on how some of our leaders at work had reached the top spot and what advice they would give others.  It all seemed rather hollow…and corporate.  I was wondering what  people could suggest that I’d listen to (please note:  When my friends give me advice, I always listen – it’s advice from people who don’t know me that I struggle to put into Pog terms), and so I thought I’d put together some of my own.  They might not get anyone further up the career ladder, but they might make your tummy smile:

Buy a new scratching post for Norman* online and don’t look at the measurements.  It will take up half of Pog Towers, but you will own the happiest cat in the world because now he  knows he’s human – he’s the same height as you, after all. 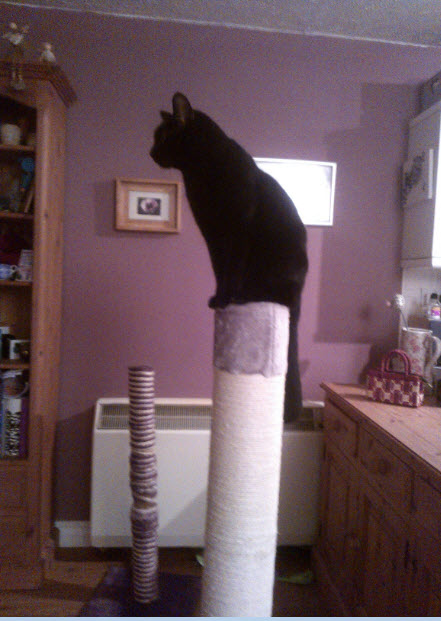 The old post in the background looks tiny now…

* Please don’t actually buy one for Norman – any more that size and neither of us will fit in Pog Towers.

Go for a day trip to France with lovely, relaxed people who really don’t seem to mind when you fall asleep every time you get in the car.  And visit a patisserie with LOTS of cakes: 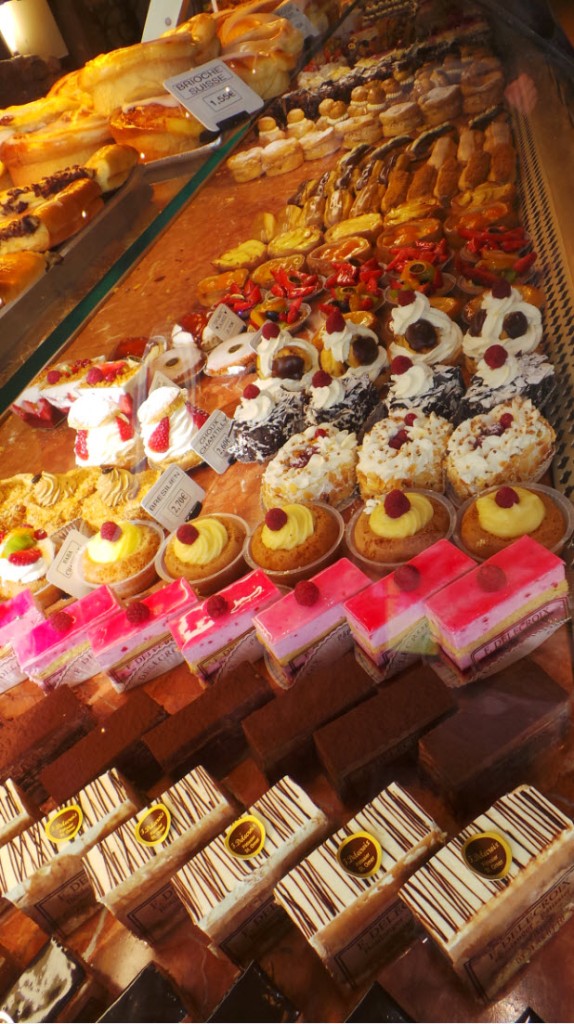 Choose what turns out to be the very best cake ever made in the history of cakes and eat it while wandering around French streets: 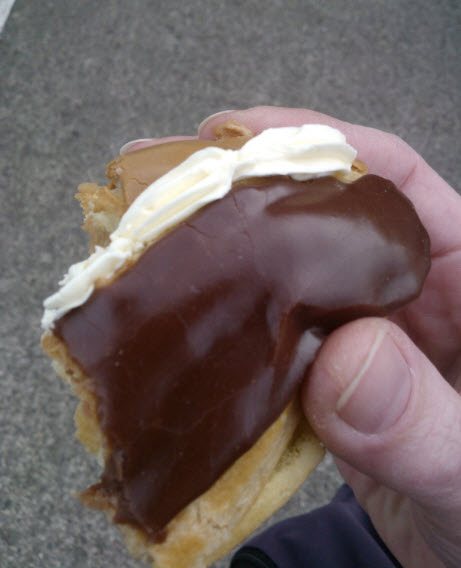 Enjoy the first signs of spring sunshine on the crocuses you planted, never really thinking that they would germinate: 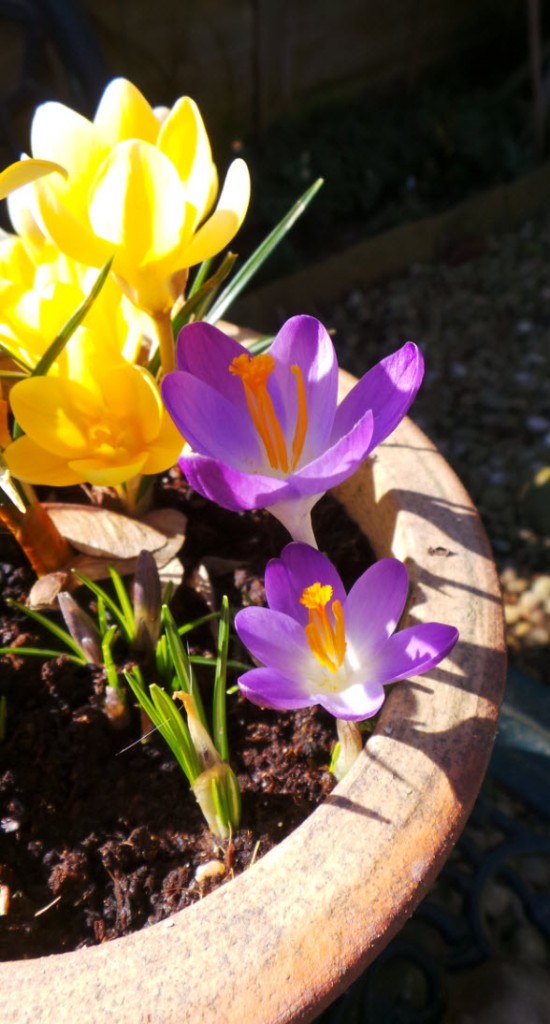 Take a very excited Little Pea to feed a donkey…and then watch him cling to Sister 1 as he refuses to go anywhere near the donkey he shouted for, right up until he was two feet away! 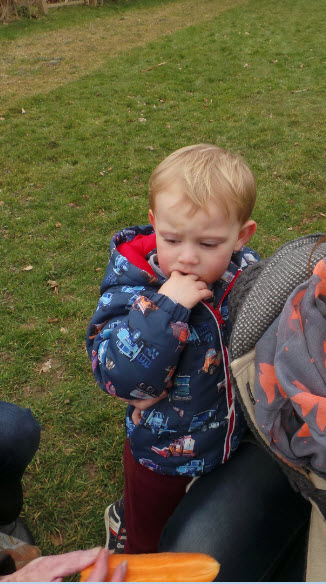 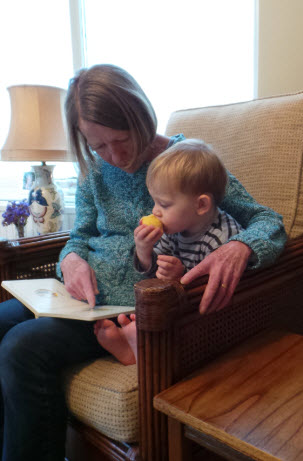 And finally, when you have to work, and have to stop yourself losing concentration on a teleconference, assemble a chicken: 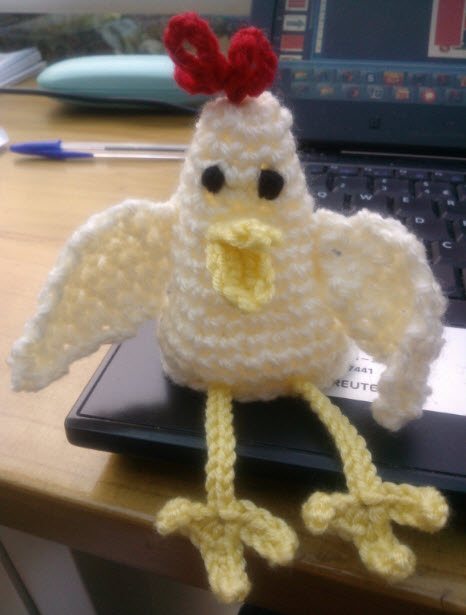 That last one is actually a really good way to stop multi tasking on work calls as the spare bit of brain that tends to go wandering is taken up with the practical stuff.  I think we should introduce it in all companies.  Until we’ve done that successfully (along with abolishing working on Mondays) it’s probably best to just do this when working from home. :o)