When I was between having sold Pog Towers, trying to buy Pog Towers 2, failing and moving to Beachville, Norman and I stayed with Mum and Dad for a few months. Mummy W and I took the opportunity to teach me a few things about cooking but she wouldn’t let me post anything about it on here because she isn’t a ‘proper’ cook. However, having used her casserole instructions today, I think I really have to share them as ‘proper’ or not, it’s delicious autumn food that even I didn’t manage to screw up. I wrote the instructions exactly as she said them while she cooked (being inexperienced, I was only allowed to chop some of the vegetables). So I give you:

Cook meat on hob til there are no red bits left
Throw in veggies
Stir a bit
Throw in stock, wine and seasoning and bring to the boil
Simmer for a bit if you forget to turn on the oven
Pop in the oven for about two hours then add dumplings and cook for another 20mins / if no dumplings cook for 2.5 hours. After 1 3/4 hours have a look to make sure its not drying out. If it is, add some water

Make the dumplings:
Mix the flour, suet and water until the stuff is a bit like wet pastry and sticks to everything
Cut in half, then each half into thirds
Make sort of ball shapes
Plop in the casserole. Spoon saucy stuff over the top of each
Cook for 20 mins

(I added grated cheese to the dumplings, just because I could) 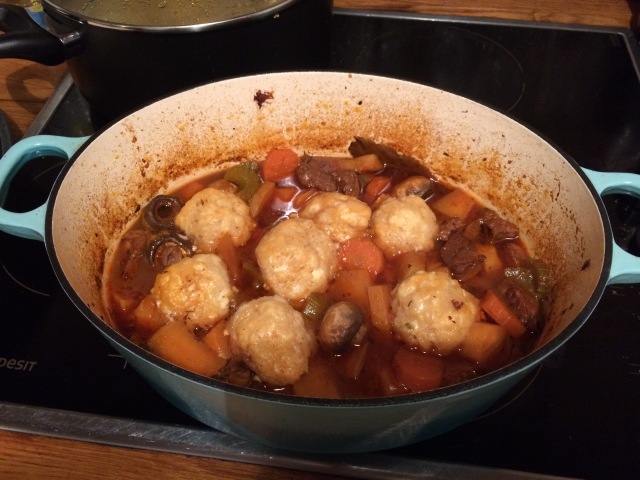 Somehow despite following instructions, I ended up with seven dumplings. Numbers are not my strong point. 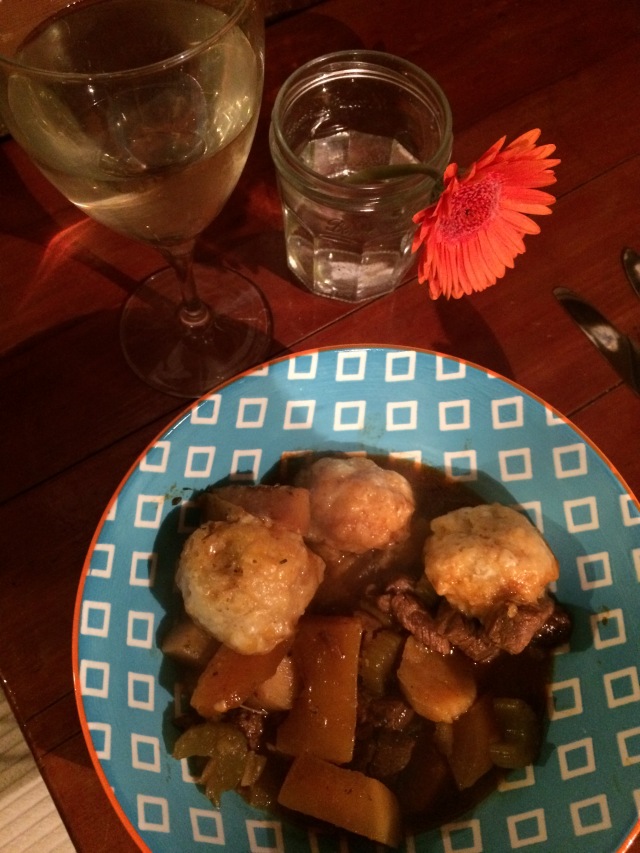 And because I was on a bit of a cooking roll, I made this from other leftovers for pudding: 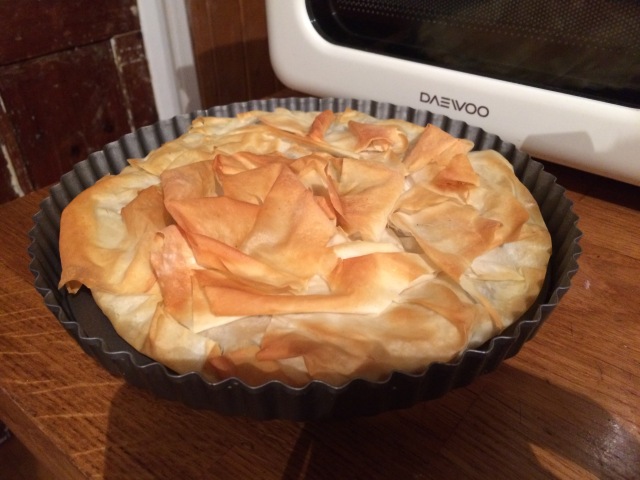 It’s filo pastry with some almost dead apples mixed with mincemeat. We’re going to have that with David Attenborough in a minute.