I’ve done that thing again where I’ve taken photos with the intention of writing a blog post and never actually got round to the writing.  So they don’t go completely to waste, here we have:

A terrifying insight into the village next to Bumpkinsville.  At least, I was scared enough to do an emergency stop in the car when these appeared: 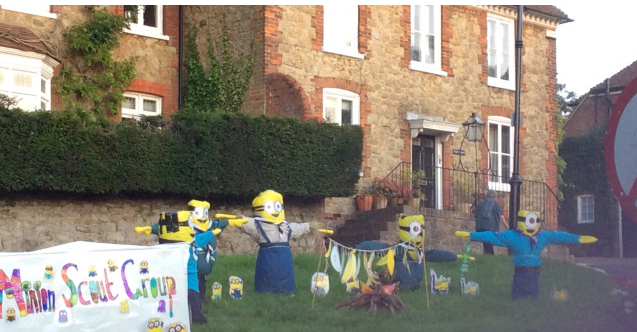 Driving round the village I discovered they weren’t the only bits of weirdness: 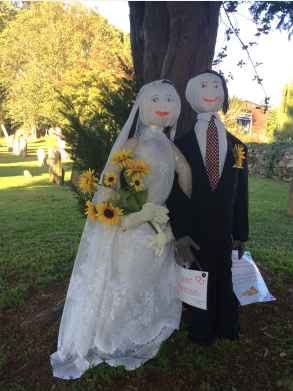 I missed the group doing the YMCA and the fireman climbing up the side of the old fire station.  It turns out they were all entries for a scarecrow competition.  Obviously.

I’ve done a bit of secret bakering this week.  Carrying four trays of Twix cake to work made my wrist rather hurty, and it wasn’t in perfect condition by the time I arrived:

But it has become a bit of a conversation topic, so I achieved my aim to get people in the office talking :o)

I even got a thank you:

And last night I had my ipad near me when Norman decided to bestow (his version) of love on me.  Just because they amuse me, here’s what happens when Norman sticks around for a while: 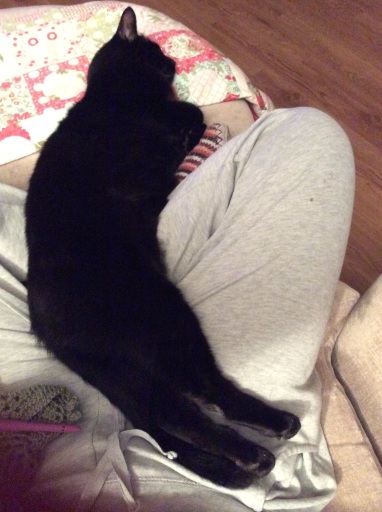 Tonight, I am a loooong cat 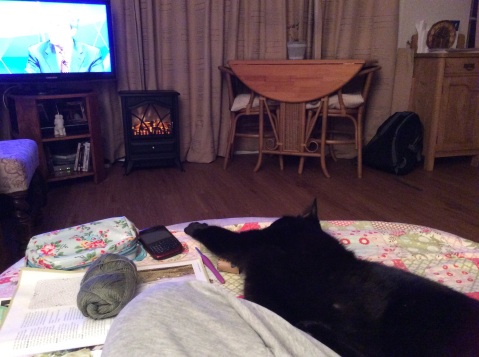 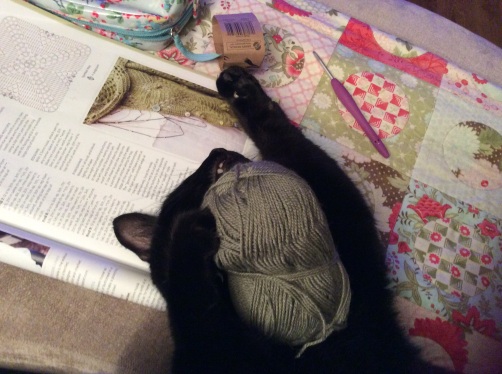 …and stealing your wool while I watch Question Time upside down.

But seriously woman! Get away from the wool and go to bed. I have some partying to be getting on with!