Animals of all shapes and sizes

This morning, while it was still dark, I opened the door from my bedroom to my conservatory and found a dead rat.  Armed with a lot of kitchen roll I inspected it a bit closer and realised it wasn’t a rat.  I wondered if it was actually the world’s biggest fur ball.  Then I had a stroke of genius and thought I’d turn the light on and discovered… 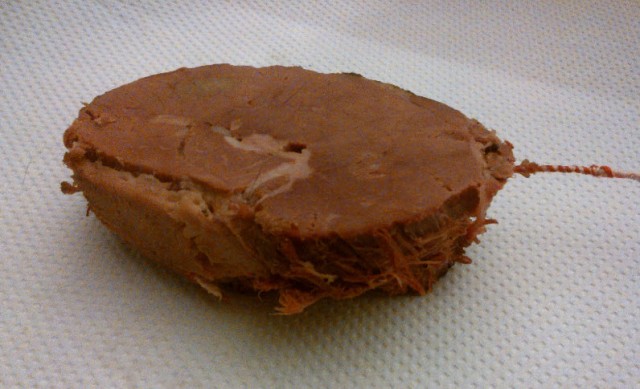 ….half a joint of cooked beef.  Obviously someone’s Sunday left over’s.  Probably enough for tonight’s dinner for about three people.  How Norman cat got it home I have no idea.

It was obviously a hungry animal day though.  At work we had an unexpected visitor on the 9th floor window sill. 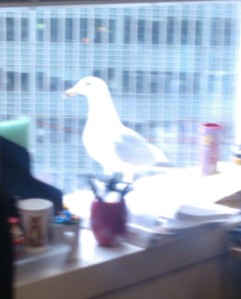 This seagull was pecking the window, attempting to reach a  colleagues tube of Love Heart sweets.

And in other animal news, one of my very lovely colleagues made me laugh a lot last week.  I’d bought a box of tissues and was very happy to discover that the ears and mouth poked out to give a 3D effect (it’s the little things). 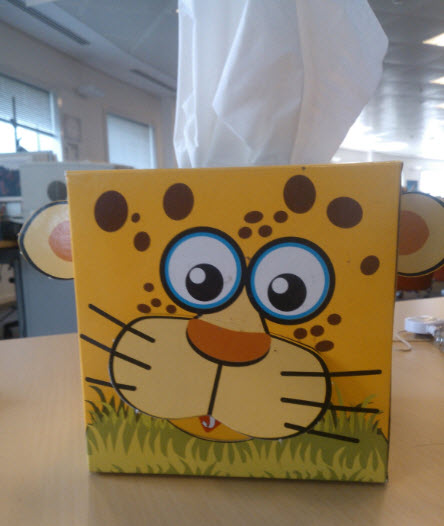 However, I felt the manuafacturer hadn’t gone as far as they could as the tail didn’t do anything exciting.  A few days later though, I was staring at the box and realised the tail was sticking out.  This very lovely colleague of mine had got creative and doctored the box: 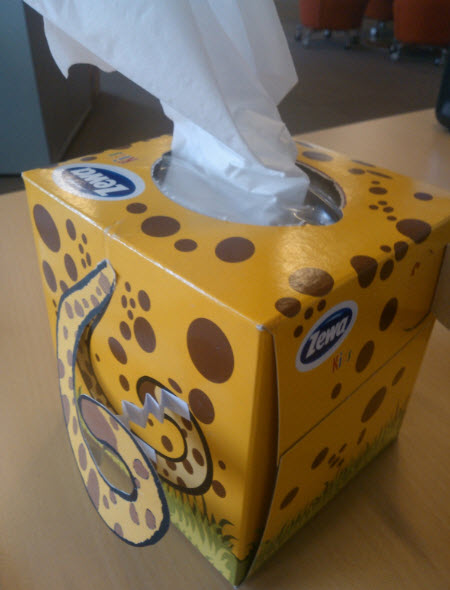 It makes me smile every time I look at it.  Norman just makes me worried when I look at him.  He seems to be upping the stakes with the food he brings me.  I’m concerned it won’t be long before I wake up to find he’s dragged a lamb back from the field over the road…. :o)