A week off work

It’s been a while since I posted as I had a whole week off work :o)

It was lovely and I won’t bore you with all the details, just give you the highlights:

On Sunday I did a course – Reiki Level 1 –  with my Lovely friend.  Now I have to practice and it turns out Norman isn’t keen.  It gives him twitchy ears (really).

On Monday it was cold and wet so obviously, I decided to destroy  put my garden to bed.  I don’t have a back entrance to the garden so I carried the sacks through the house and was feeling quite proud of myself until I realised I’d blocked Norman and myself in…

I bought a buggy for Little Pea and Me days out.  (His real buggy is big and my car is so small it can either take him in his car seat or his buggy.  Not ideal).  The auntie buggy is very basic, but still took 15 minutes to put up, 10 mins to get the canopy and rain cover on and 10 minutes to put down.  I also took the instructions with me on our outing as I wasn’t sure I would be able to do it unaided.

It took an entire day to make dinosaur spikes and eyes and owl eyes and braids for six hats.  That was a slightly boring day.

Norman has discovered my wool stash.  He now removed all the wool from bags, lays it out and uses it as a bed. 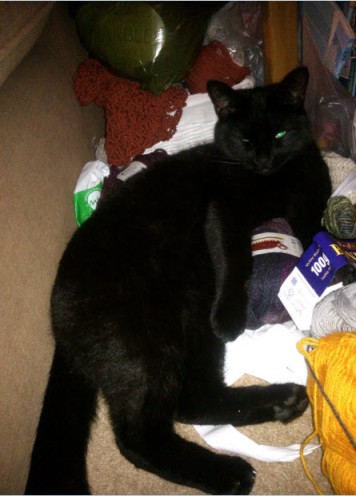 I can pass for a 60 year old.  Mum bought cinema tickets for us to Philomena and didn’t think to tell them that she was the only OAP.  Nobody questioned it though.  I’d have rather paid the extra £1 and lived in ignorance of my ability to look over 20 years older than I am…. 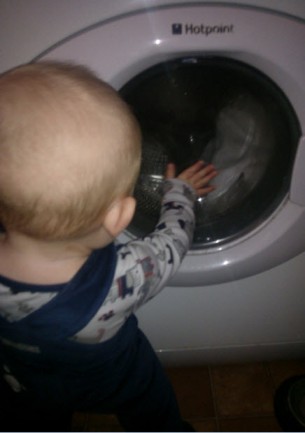 It was a mistake to take Little Pea cross country in his auntie buggy.  I ended up having to pick the thing up, with him in it, when we got stuck in a particularly hillocky (is that an actual word?) area.

Golf courses, on the other hand, are great for auntie buggies :o)

Going on a secret mission with Little Pea can be somewhat stressful (I can’t tell you the mission as it will spoil a surprise we sorted between us).  So stressful in fact, that my hair ended up standing on end.  Really – I actually had to straighten it back into submission.

Lovely Friend and her husband really are very lovely.  I offered to babysit so they could go out and they said that they would rather have dinner with me!  (Lovely Friends husband did admit that it was in part due to the fact that he could fall asleep on the sofa if I was there, which he couldn’t if he went out, but he stayed awake and I had delicious food cooked for me).

I do like a bit of time off work.  I’d like to think that my brain has recharged, but that might be a little hopeful.  Maybe it will last until Christmas though :o)

Oh, and this was the roof of my conservatory this morning.   A bit brrr, but beautiful… 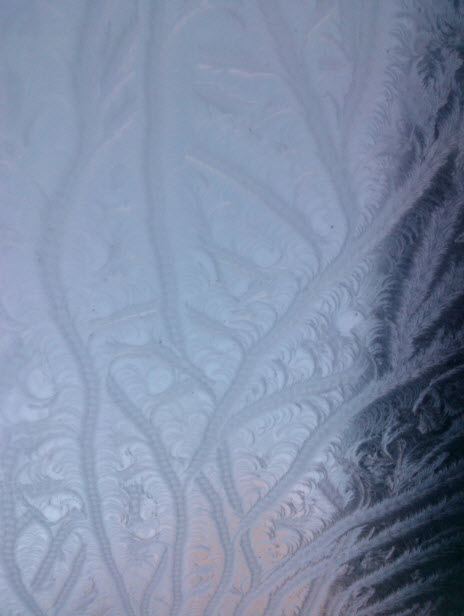 3 Responses to A week off work