Just daftness (I couldn’t think of a title, sorry)

Last week was a daft week.  I think the best way to summarise it is to tell you that on Tuesday I went to yoga and got confused.  Really confused.  I spent most of the hour and 15 minutes trying to work out how to ‘release my sacrum’ as I kept being instructed.  It wasn’t until I was driving home it dawned on me that whenever the teacher said ‘sacrum’, I heard ‘scrotum’, and that they are two very different things.  Very different.

It all kind of went downhill from there.

This week will be better though.  I know this because even though it’s only Monday and so far:

1)      I have just informed a group of managers in St Louis that Eagan is ‘almost next door isn’t it?’ (It’s 550.5 miles away according to Google which only now I thought to check with).

2)     I just found my glasses in the freezer compartment of my fridge (I am defrosting it, in my defence – it wasn’t a complete senile moment)

3)     I have just spent possibly more than my car is worth to get it through its MOT.  There is a reason behind this.  Not a good one, I admit, but a reason none the less.

Despite those things, I know it will be better because this morning I had to get the hairdryer out of the box I hid it in on 31st December :o)  (If that means nothing to you, you might want to take a look at what I did on New Years Eve).

I might not have long locks, and I might still have a slightly visible go faster stripe, but I now have a head of hair so full, that it drips even after I have towel dried it.  And that will keep me smiling for the rest of the week :o)

Now, I must just resist the urge to use the hairdryer on the freezer bit of the fridge to speed up the defrosting.  Last time I did that I melted quite a lot of the plastic… :o) 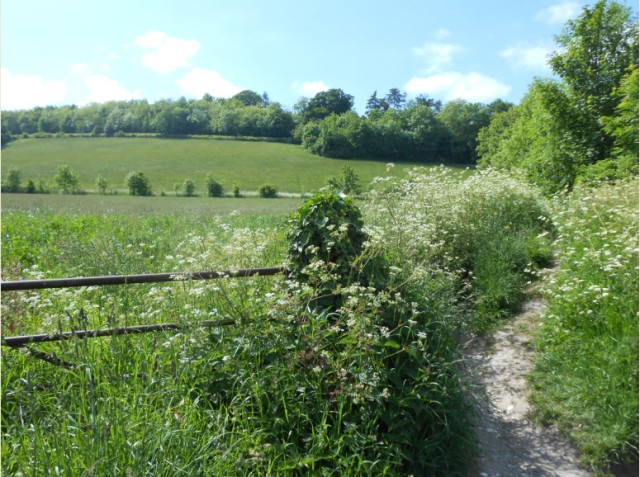