I’m not sure packing should take this long or be this chaotic, but maybe it’s just the Pog factor.

Items I’ve realised (so far) are somewhere in this lot: 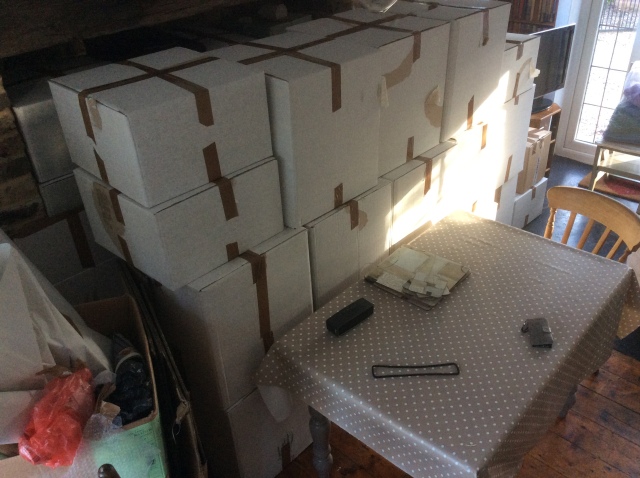 Items left to pack: 2877388392.  Our ghost must be unpacking when we aren’t looking as every time I walk into a room I find MORE stuff we’ve missed. And they are entirely separate to the ‘bits we have agreed we can’t pack until the night before’ which seems like an awful lot right now…

Items found from the move from Pog Towers that should have stayed there: The foamy bit of the letterbox (it’s that weird shaped thing on the table in the photo above). I have no explanation.

But none of it matters that much, because: 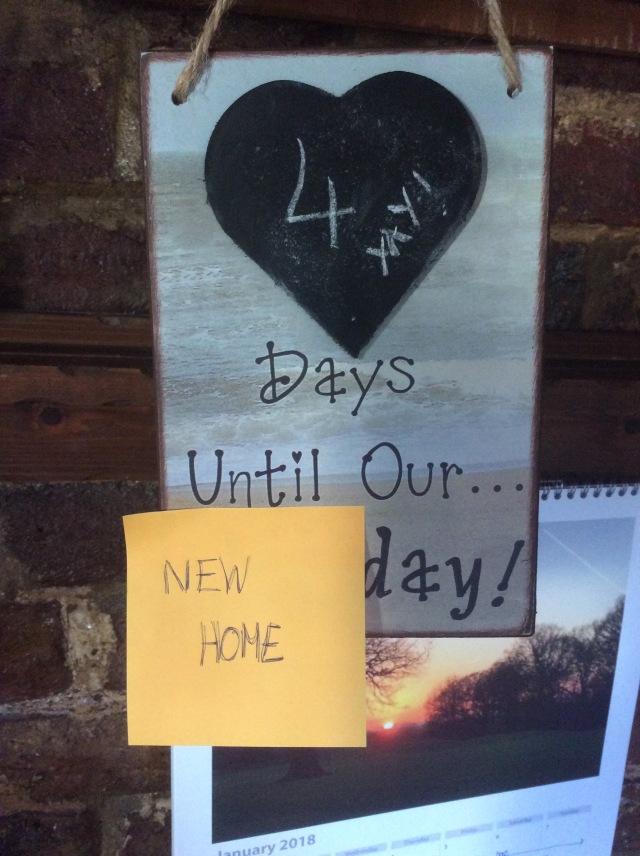 Now it’s time to get all the boxes out of the loft that I’ve not opened since moving here. I think space is about to become a bit of an issue…. roll on Thursday :o)