I had two dawning realisations last week.  Remember that film I told you I took part in at work?  Well, I saw a rough cut of it. And it turns out that I don’t actually look how I thought I looked.  It’s most discombobulating.  Nobody sounds like how they think they do….I was ready for that.  But, well, I just don’t look like me.

The other thing was also related to cameras, but I was the other side this time, which is always a better thing.  At class last week we learned about depth of field and were sent out in the big wide world to manually set our ‘f numbers’ to achieve a few photos with a narrow depth of field and a few with a long depth of field.  If this is as new to you as it is to me, ‘long’ means everything is in focus, narrow means part of it is.  Kind of.  I think.  Our theme was ‘urban’.

So Himself and I set out like the good students that we are and I had a paddy in a coffee shop because I couldn’t blur the right bits and he could.  But I got there in the end, sort of: 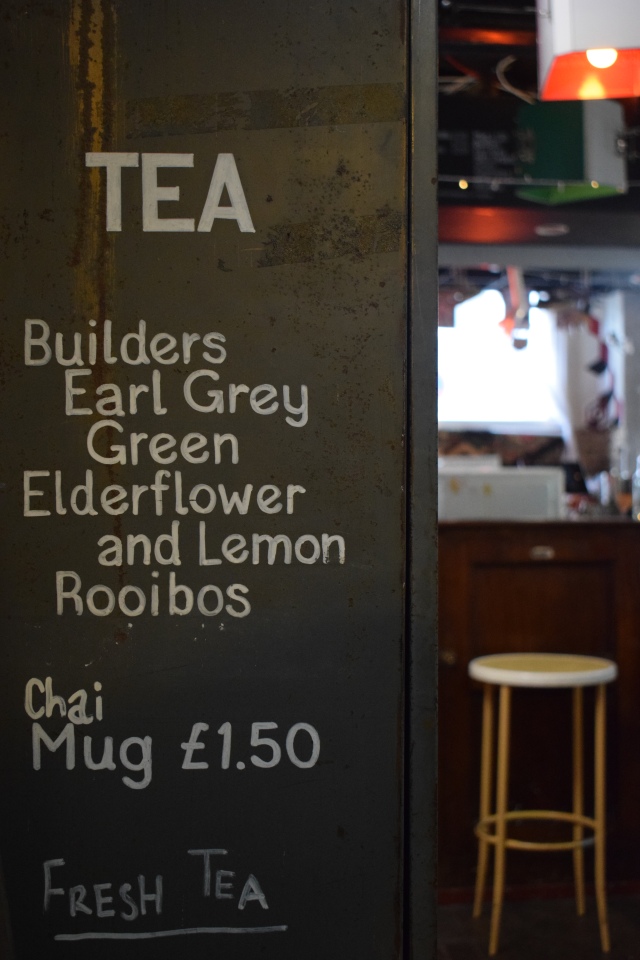 I don’t really like the long depth ones.  They didn’t seem very exciting (and I don’t think I got them quite right anyway):

Until this next one, where I got a little more excitement than I bargained for and came to that second realisation:

And that is:  Don’t get so involved in taking photographs that you don’t notice the car driving towards you while you lie on a car park floor.  Ooops.

Next week we have to do an additional manual setting.  Hopefully the theme will be a little less likely to get me squashed in the name of photography.  But at least I’ll be my preferred side of the camera :o)