What was I thinking?!

Everyone knows when you give up smoking you need to keep busy. Yesterday I was lucky enough to have a play date with this gorgeous young man: 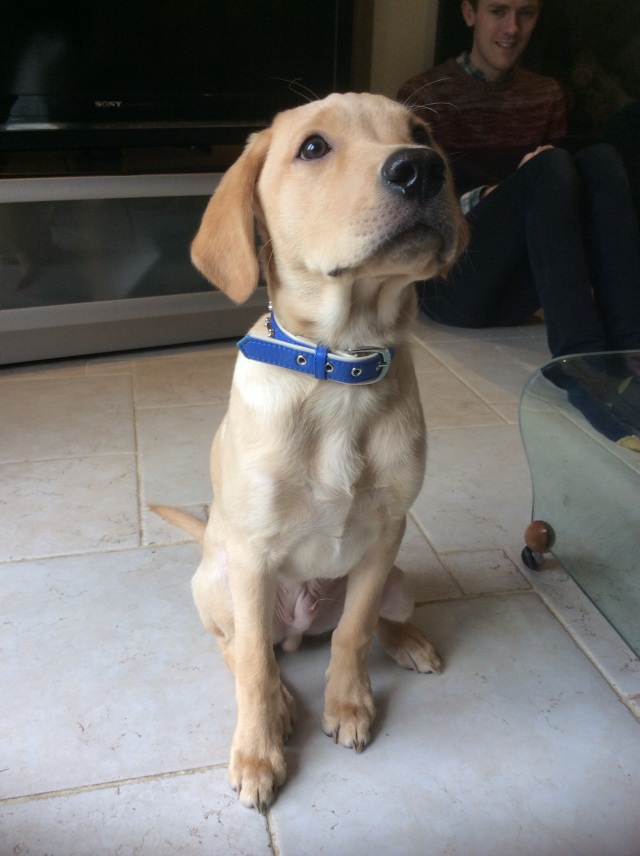 But mostly (surprise, surprise) I have been making. A scarf, a minion hat, a bobble hat, my blanket and….I thought I would try sewing again.  I probably should have started with a pattern I knew as it was this that drove me to one of those rogue cigarettes last week.

I had decided to make yoga trousers. The pattern wasn’t good, but what I didn’t realise was that the pattern was American. To cut a long story short involving cutting out entire seams, throwing the half made garment across the room and repeatedly deciding to throw it all in the bin, due to my confusion with the U.S. / UK sizing, I ended up with a pair of size 20 yoga trousers. I could have got two of me in them. We fixed this….but I was left with one undeniable fact: lack of cigarettes had affected my judgement in the material choosing department and the trousers that finally fitted and were incredibly comfortable were…pink. What was I thinking?  The last time I wore pink trousers I was about 7. I can remember them clearly. They were from Clothkits and head a matching stripy jumper. And I wore them in a school play where I was an elephant which, for some reason had to sing about balancing on a spiders web. In French. On my own. It wasn’t my finest moment, on many levels….

So now I have some trousers in the same shade, over 30 years later. I will never wear them outside Pog Towers, but even inside, when I put them on, I can hear the first line of that song….I’ve even managed to find it, should you have a pair of pink trousers at home and would like to join in…. :o) 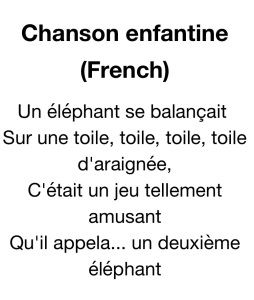 And here’s the Minion hat, which is probably the more successful bit of  makingness of the last week and a bit (although due to a lack of yellow wool in my stash, he is a little radio active looking….) 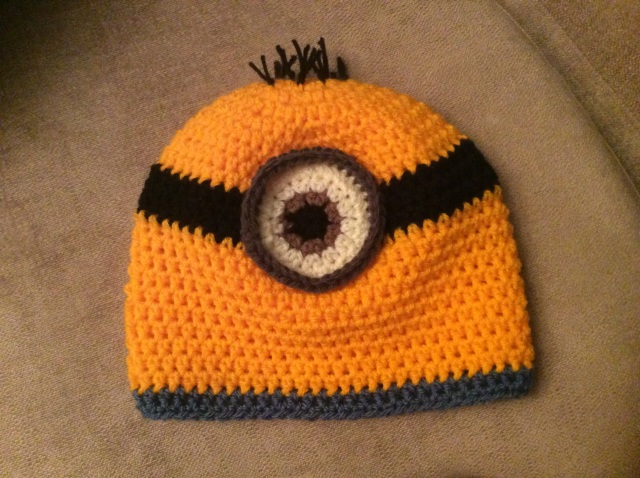 Now I am off to attempt a bit more sewing. Nothing pink this time, though :o)

2 Responses to What was I thinking?!