A Little Pea and Me day out. And a couple of disasters

Disaster number 1: telling Sister 1 you will be at her house, a good 20 minutes away, by 9.30am and waking up at 9.11am.  Note: just because you’re late and have to put make up on when you get there, don’t let a Little Pea help and get distracted. I may get the blusher out of my right cheek sometime in mid 2016.

Disater number 2: getting a Little Pea very excited about the adventure you’re going on – to climb a mountain, no less. Packing a bag with all the things explorers need, getting coats and hats on and….discovering Sister 1 has gone on her adventure….with your car keys.

It was ok though, we just swapped the day around and Sister 1 brought my car keys back at lunch time by which time we had made the most of the craft box.  I didn’t know this existed and I’m not sure who was more excited.  We pained, glittered, play doh’ed and pipe cleanered:

And with no prompting:

And instead, we climbed that mountain this afternoon.  We were unimpressed that the sheep have been pooing on the moutain rather than in their potty, and it was very, very windy, but we eventually made it to the top:

And then we ran down again.

We did a bit of exploring.  We went to the church, where we discovered that Norman may have descended from aristocaty:

And Little Pea ‘tidied’ the Bibles. The congregation may not thank him for this come Sunday… 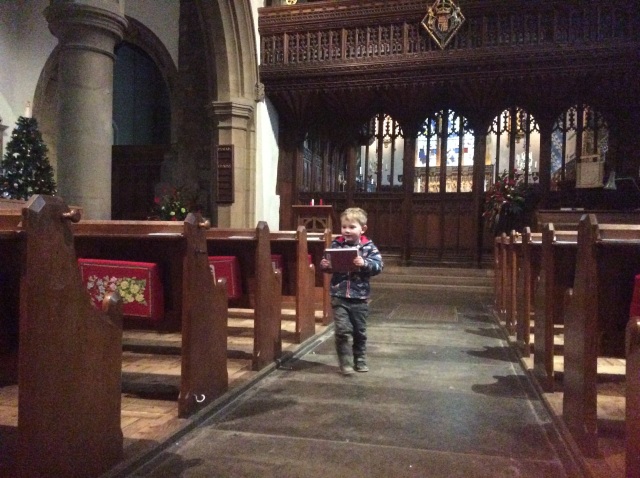 Then we found a new play ground, a digger cutting down trees and some snow drops 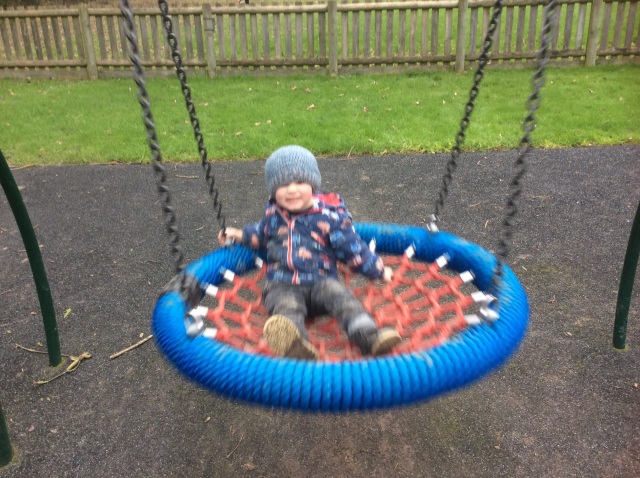 And to finish off we did some baking back at Auntie Pog’s house.

It was a very exciting day.  Now Auntie Pog is off to sit somewhere very quietly… 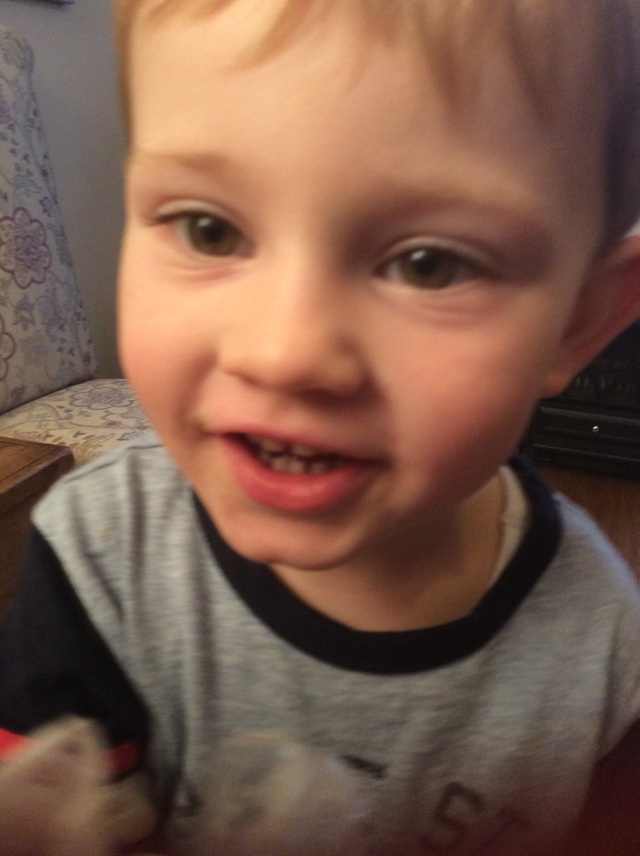 2 Responses to A Little Pea and Me day out. And a couple of disasters