A Little Pea, Sister 1, Sister 2, and me day at the beach

My family spend quite a lot of time together, but I think Saturday was the first time both my Sisters and I have taken Little Pea out together for a whole day.  I’m not sure if it was the excitement or the sheer amount we squeezed into the day that made us all want to sleep on the train home (all, that is, except Little Pea), but we did a lot of doing and a lot of laughing.  It was a very fun day :o)

It was Little Pea’s first real train journey.  It was my first with Mr Crocodile.

We didn’t have a bucket and spade, but we did have empty polystyrene cups for sandcastle building (I just watched – touching sand made my teeth itchy)

There was a digger ON the beach.  It doesn’t get more exciting than that….

…but once you have been given the mission to help George the friendly shark to frighten the scary sharks, life becomes a stone throwing frenzy. 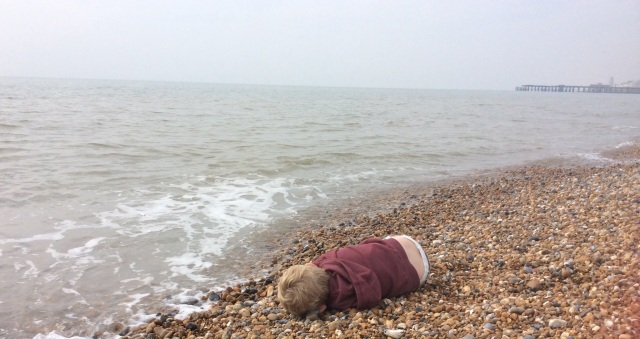 Followed by a bit of a lie down. 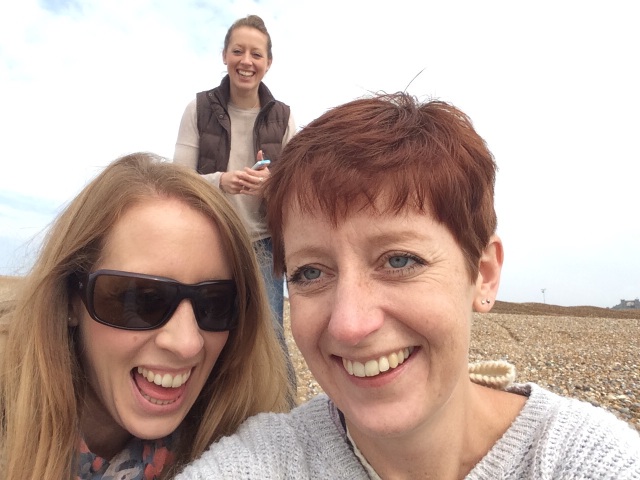 Sister 2 thinks she has a big head.  She stood this far back to try to get it in proportion… 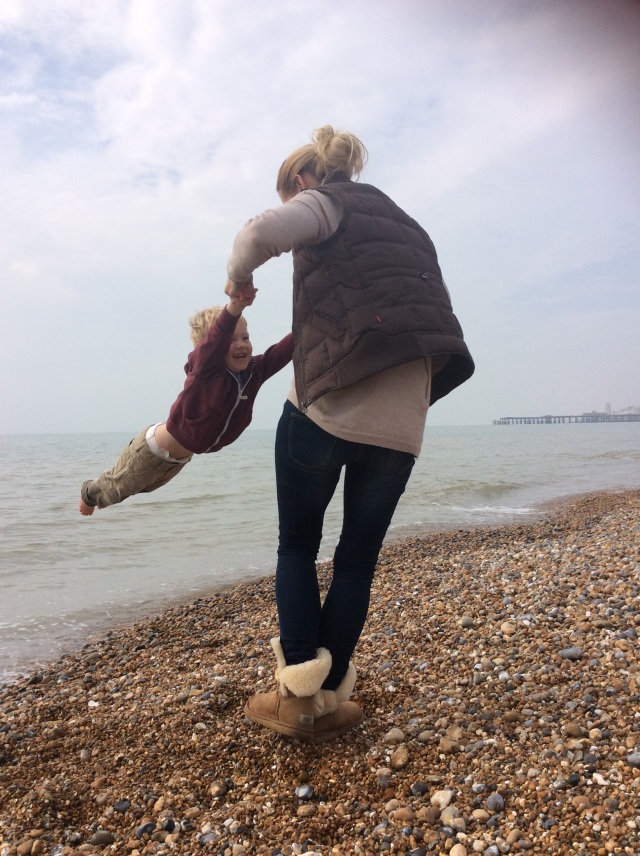 And off for fish and chips

Then to the fastest lap of the aquarium ever (there wasn’t even time to take photos as the excitement of the next fish was so great, we didn’t stop anywhere for more than a few seconds.)

Next:  The miniature railway back up the see front and to the fairground for a couple of rides

I think we can see who enjoyed that one the most…

Then to the arcade to press a lot of buttons, even if someone else was playing.

And then the VERY long walk back to the station.  It wasn’t that far, but it turns out Sister 1’s sense of direction is worse than mine and we ended up somewhere near France.

We asked Little Pea what the best part of the day had been.  After all that, after everything we had done, what did he announce as his very favourite thing?  Going to the station!  :o)