Fundraising, cakes and other things

In the past, I’ve done a bit of fundraising through a few sponsored events, and where I’ve raised money through selling my makingness.  It turns out that was really rather small scale compared to recent efforts.

The difference though, is that so many people have been involved this time – not just in donating, but in doing too.  I’m know Jackie has had her own stories, but these are some of mine:

A friend sent out a message to her friends asking for children’s clothes, which I added to some already collected from other lovely people.  A fantastic friend is now paying for them to be sent to the Philippines (hopefully to arrive while I am there).  This friend also helped me with the paper work, which, had I had to do myself, would have reduced me to tears.

Another friends mum and mother in law have been crocheting owls too, so I’ll have over 100 to take with me.

One of my very good friends is helping me plan my budget this week (anyone who knows me will breathe a sigh of relief at this one as numbers are not my strong point).

Jackie has spoken to me on the phone and via e-mail more times than I can count to answer questions big and small – she’s even attempted to teach me some of the local language (I admit, I am about as good with languages as I am with numbers.  I may have to resort to miming.)

Friends and family have listened to me go on and on about the trip, what we’re doing and what is happening there at all stages of emotion from excitement through to sheer panic.

Yesterday, I set up a cake sale at work.  Not only did colleagues bake for it, but my mum and my sister did too.  Some friends bought cakes, other forced their teams to, and two friends gave up a lot of their day to man the stall with me.  In the weirdest twist of the day someone visiting from New York came to the stall, and it turns out her uncle in the mayor of Tacloban.  I know it’s a small world, but seriously…?! 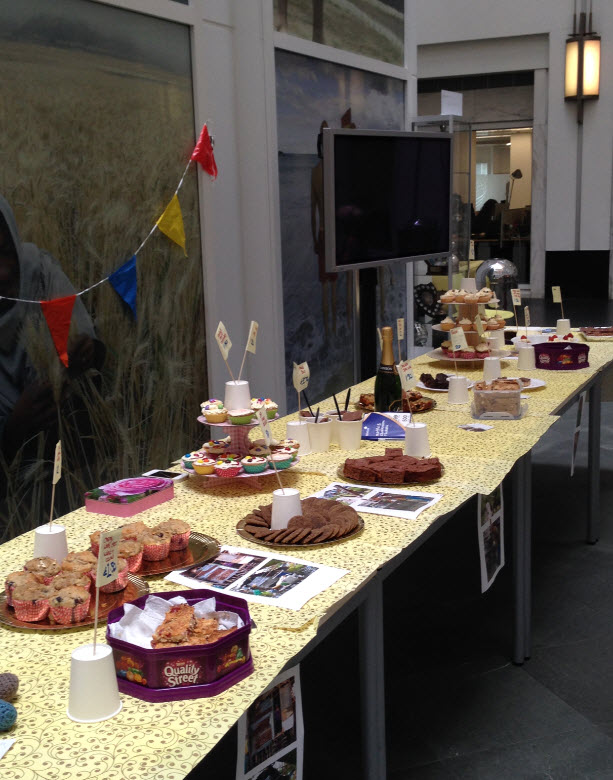 People were incredibly generous, and in total we raised just over £470, (plus 1,120 Philippine pesos – slightly confusing, but about £15).  To put that into perspective, as a direct result, I could use that to buy a sewing machine and materials for another tailor, as Jackie did, and help another family with re-establishing a livelihood.  All for a bit of cake…

To all the people who have given support in every way, thank you.  I’d be a jibbering wreck without you.  Some would argue I already am, but you know, it could actually be worse… ;o)

Ultimately though, it’s the donations that have already made a difference and will do on my visit.  So if you haven’t donated yet, and want to be part of this amazing story (even if I do say so myself), now is the time as two weeks today I will be on my way to Heathrow airport.   If you know me or are in the UK I can take cash or you can transfer to my bank account (get in touch and I’ll give you the details).  If not, we still have the GoFundMe page.

Obviously donations of any size are brilliant.  We’ve had big and small, but possibly my favourite was when one of my friends told her little boy what I was doing and asked if he had any toys or books I could send out.  He said he didn’t think so, but went to his money box and took out this: 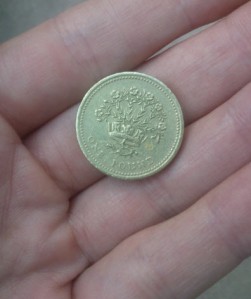 erm...
View all posts by thepogblog →
This entry was posted in Pog Life, Volunteering and tagged colleagues, family, friends, fundraising for the Philippines, Phillipines, work. Bookmark the permalink.