I love my Mum’s homemade marmalade, so I thought this year I’d try to make my own.  My ‘new neighbour’ friend kindly dropped off her giant slow cooker and on Saturday morning I got started.  The first flaw was comparing two recipes:  the same ingredients, just very different quantities.  I halved the difference and …well, it didn’t go quite to plan: 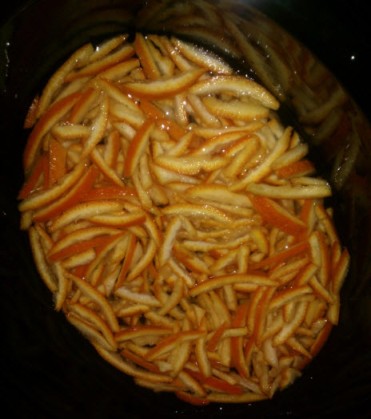 Everything else thrown into a bag and all slow cooked for a good few hours: 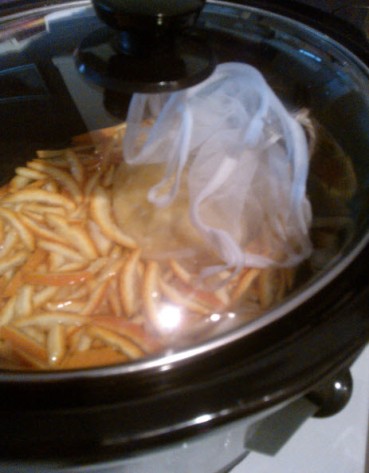 Add the sugar in a preserving pan.  Tip:  It’s not a great idea to taste the mixture at this point.  Yes, the point that it is a boiling mass… 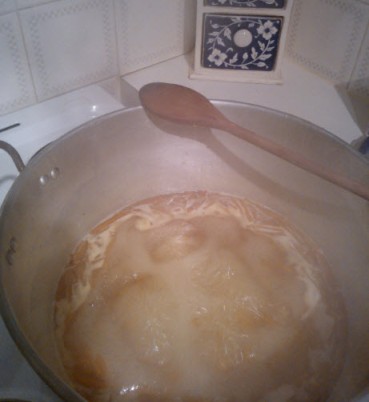 But voila!  Here it is in pots:

It couldn’t be that smooth though.  It didn’t set properly, so the next day I re boiled the lot, re-potted it and celebrated with some marmalade on toast:

It turns out that re boiling had worked, just a little too well.  I have marmalade that is the consistency of cheese.  Think ‘cheddar’ rather than ‘cream’.  And for some reason (unless I have picked up the bug doing the rounds at work), it seems to have a rather unexpected side effect…  I won’t go into details, but I think I may have become a bit of an inventor.

I don’t like to be beaten though, so I’ll be having another go this weekend.  Who knows what will happen this time.

And on a slightly different topic, someone asked for a close up of the dress I crocheted (the picture here was rather blurry).  Here you have a close up of herringbone treble stitch, if that’s the sort of thing you like :o)