I’m not the worlds best driver (I’m still not sure if I failed my first test because I got in the wrong side of the car and settled in the passenger seat, or if it was that emergency stop that wasn’t actually meant to happen).  What I am REALLY bad at though, is directions.  (I once attempted to get from Somerset to Kent and it was three hours before I discovered I was on the right road, but going the wrong way and had reached Cornwall).  So it was very exciting to discover via Himself that there is such a thing as Google Maps.  I know.  I’m not good with technology either. 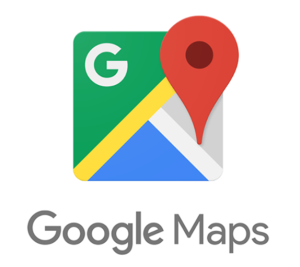 Having realised how easily I get lost, himself ‘pinned’ our house, put a phone holding thing in my car, and taught me how to set Google Maps to talk me home, wherever I may be.  This has been a bit of a godsend since moving to Beachville.

But this week, Google Maps decided to have a bit of a joke with me.  Only I was not amused.  I had to go somewhere new, so I plugged in the post code, set off and withing a few miles, the man decided that ‘turning’ was no longer the done thing.  No, he wanted me to ‘slide’.  I was told to ‘slide left’ and ‘slide right’ all over the place.  Most of the time these weren’t hard left or rights so they kind of made sense.  Just as I started anticipating and relaxing into this new approach to directions though, it threw me a curve ball by informing me I should ‘go south west’.  Seriously?  I wasn’t on some sort of country hike involving a hill and a compass.  And to be honest, even if I had been, I couldn’t have told you which way was south west, or any other direction for that matter. I panicked.  The Google man went quiet.  But unbelievably, I suddenly realised I knew where I was anyway, and didn’t need to be told to turn, slide, or get out the car and pop on some hiking boots!

Maybe I am going to find my way around Beachville one day after all.  One day… :o)

erm...
View all posts by thepogblog →
This entry was posted in Beachville, Pog Life and tagged Beachville, driving, getting found, Getting lost, google man, googlemaps, Himself. Bookmark the permalink.