It was Pride in Beachville yesterday, but by the time Himself and I discovered we had a couple of spare hours to do something, all the free parts had finished and I thought this might be the closest we’d get to the fun: 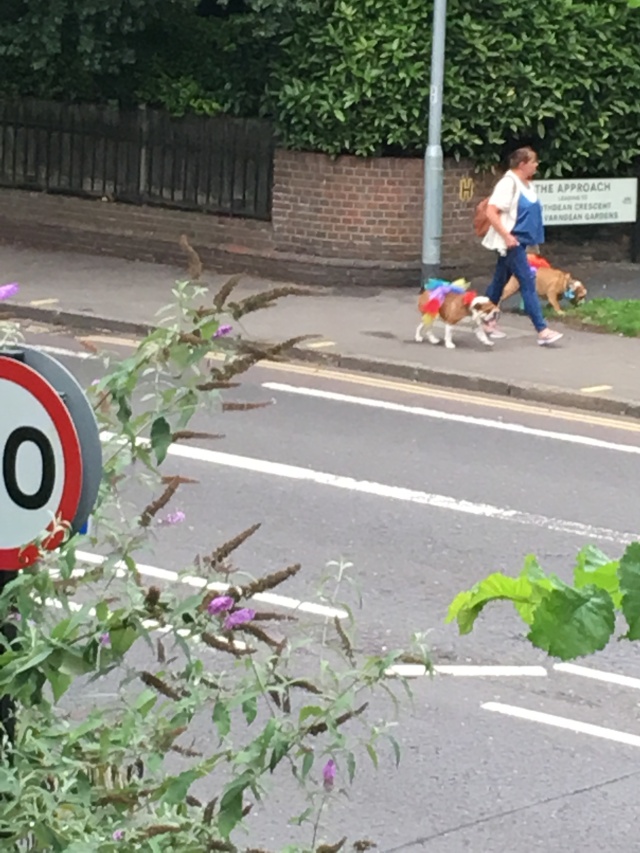 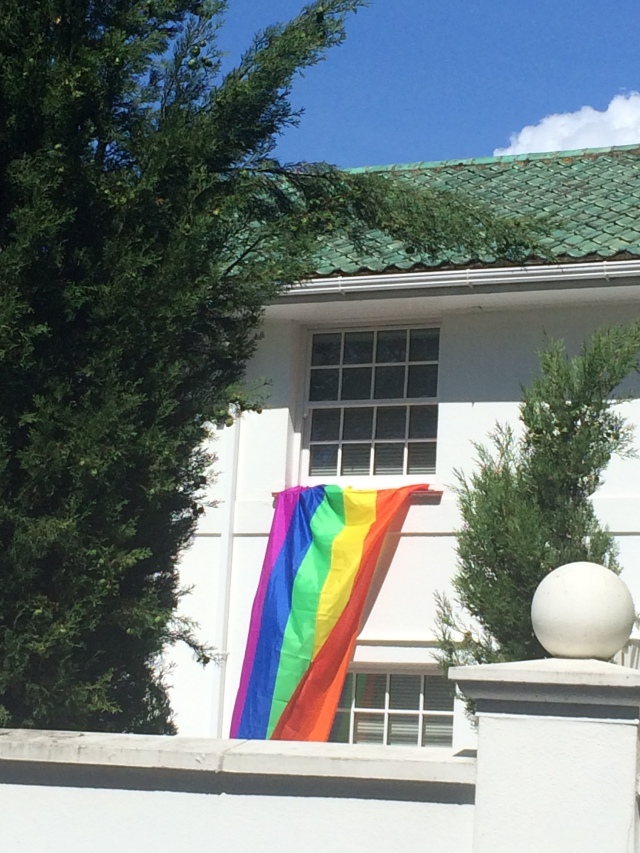 So we decided to go out of the city rather than into it, and there discovered that we might have missed Pride, but we had our own little version going on in the countryside.

First the cows demonstrated that same sex relationships are not just for those with two legs: 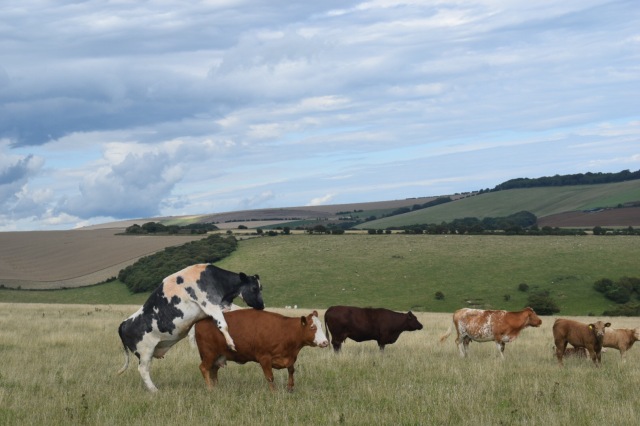 And then after the rain had come down, a rainbow came out: 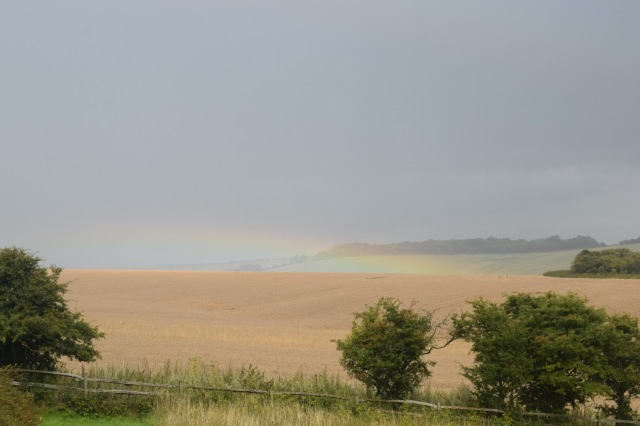 And the reason for this walk from Beachville: 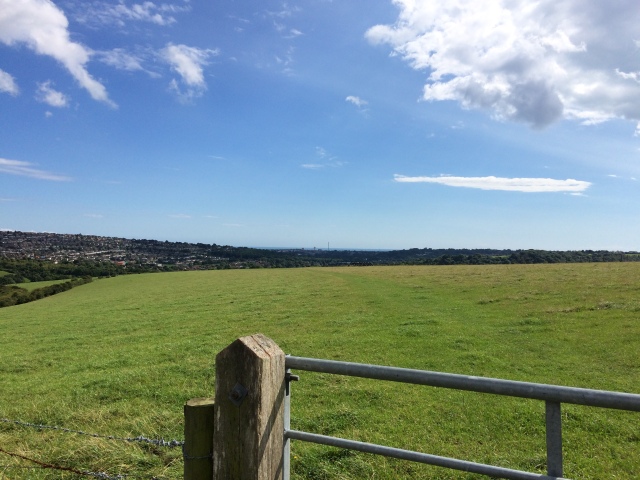 Here’s what we were aiming for:

Its not wonky; I was just getting very rained on. It’s the Chattri. In WW1 many injured Indian Army soldiers who served alongside the British were hospitalised in Beachville. Hindus and Sikhs who died there were cremated and their ashes scattered at sea in accordance with their religion.  The Chattri was built on the cremation site to honour the soldiers sacrifice. Chattri means umbrella.  We hoped the soldiers didn’t mind us using it as one while the storm passed over us: 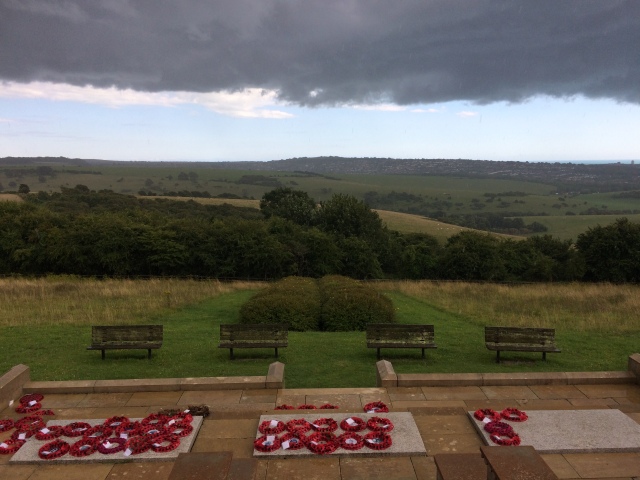