My own little Christmas fairy

I seem to be starting the Christmassy thing, Pog style.  Yesterday I channeled my inner Father Christmas when I got stuck in my loft hatch.  I was trying to get a set of drawers down and to the charity shop and it hadn’t occurred to me that the drawers and me wouldn’t both fit through the hole at the same time.  There were a few moments of panic, followed by relief and the consideration that Father Christmas must feel those things multiple times on Christmas Eve, what with all the chimneys….

Today I had a whole day free to really get in the Christmas spirit.  I planned films, wrapping, cracker making and many mince pies.  Somebody somewhere had other ideas. Last week a teeny tint leak had started coming from my hot water tank. Assured by three men that it was nothing to worry about, I wrapped a tea towel around the leaky part and uncharactertically stopped worrying. In fact, when one of the men -my fixer man- called this morning to say he had finished all his jobs and was going to pop in to tighten the leaky bit up on his way home I told him not to worry and to leave it until after Christmas.  Luckily the handyman doesn’t have great listening skills, ignored me entirely and turned up 10 minutes later.

I am not sure if I have a Christmas fairy looking after me or if he is my Christmas fairy, but after a quick look, he very rapidly switched all the sockets off and pulled fuses out the fuse boxes.  Apparently I had been very, very lucky things had not gone fizzy pop as the water I could see was only a very small part of the leak…the big part, which had been leaking a while by the looks of things when he took it apart, was leaking almost onto a live wire.  And further investigations showed that a part about to detach itself was the only thing between all the tank water and the floor of Pog Towers. 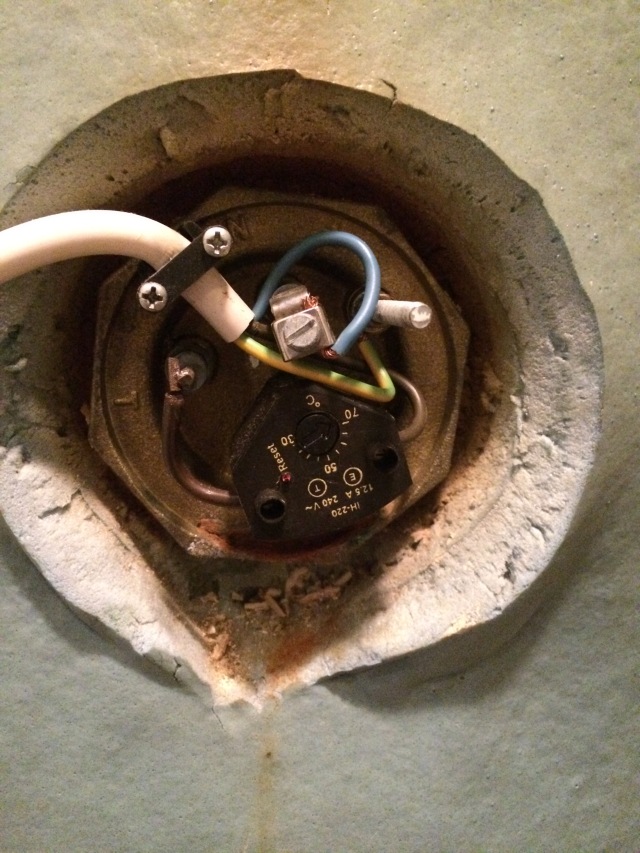 If was only going to take 30 minutes to fix though. Hooray!

Around 4 hours, a lot of swearing mostly the fixer man) a small amount of panic (mostly me), a blow torch, a disconnected smoke alarm, removal of all flammables from the bathroom and a lot of fumes, it was fixed, but only because my fixer man is a brilliant combination of lovely and stubborn (and possibly part Christmas fairy). He also only charged me what he had quoted for a 30 minutes job – although I did make him cheese on toast for his lunch too :o)

So now, even though I wasn’t worrying, I can rest easy knowing that there will be hot water with no risk of power loss to the whole house and no chance of flooding. I can’t work out if this means I should go back to worrying or not. Either way, thank goodness for Christmas fairies :o) 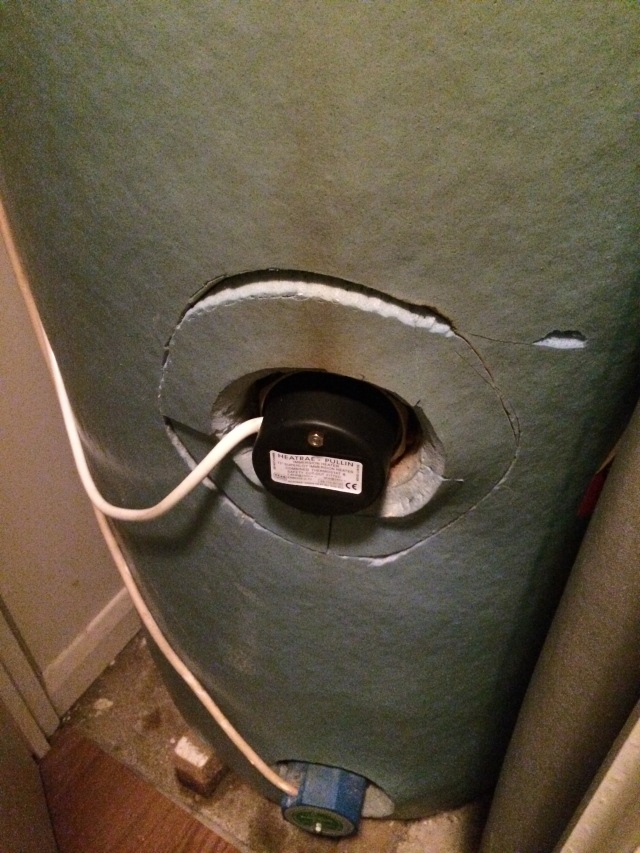 All better….just with slight scaring as a result of the complex operation :o/