Special communication – from Popes to Pogimals

My job title is ‘Internal Communications Specialist’.  I should be a specialist when it comes to communicating.  But mostly, I’m just special.

I was quite proud this week when I wrote a letter to the Pope (if you want to see why I did that, take a look at my other blog).  I think I sounded quite eloquent, which is pretty much a first for me.  I did want to start it ‘Dear Mr Pope’ and add a few pictures to brighten it up, but I restrained myself as it was a pretty serious letter.  I did want to email too, but finding the right address was an issue.  I called the Vatican switchboard and spoke to a couple of nuns, which isn’t something you often do on a Thursday morning, but it didn’t really work out.  Possibly because you can’t mime through the language barrier on the phone.  It was also quite fun going to a post office where the staff never smile let alone speak, and having the lady laugh, tell me it was her very first letter to the Vatican and ask me why I was sending it.  That on its own was worth the 97p stamp. 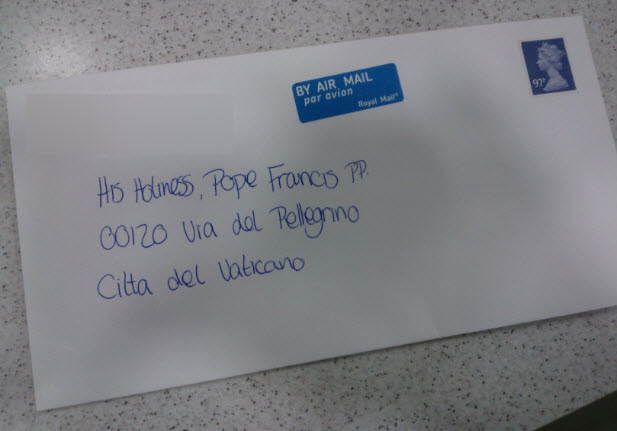 But that eloquence was a bit of a one off.  You may remember a few years ago I made animals out of socks.  I called them Pogimals: 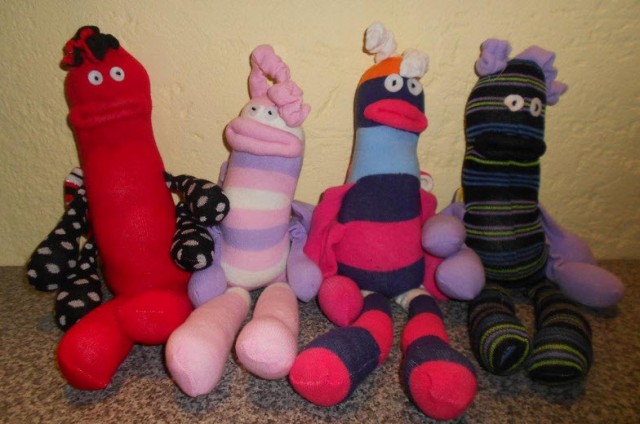 One of my friends recently contacted me to see if I would make another for her daughter.  Unfortunately I don’t have the time right now as life is a little chaotic and I’m trying to make some of my Christmas presents too (and last year I promised myself I wouldn’t still be making them at midnight on Christmas Eve!)  Instead, I suggested she make a simple one with her daughter – I’d send her some instructions….

So I did.  It was only as I actually sent them that I realised just how bad my pictures were.  In fact, my friend wrote back to thank me…and tell me she’d almost wet herself laughing.  Here’s a couple of the pictures I drew.  See what you think: 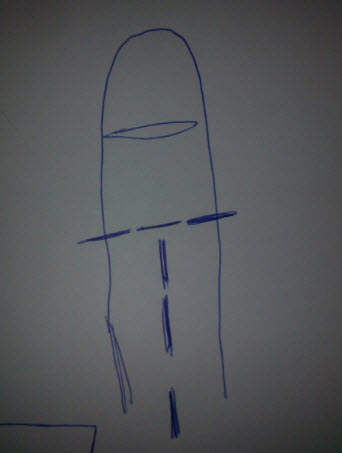 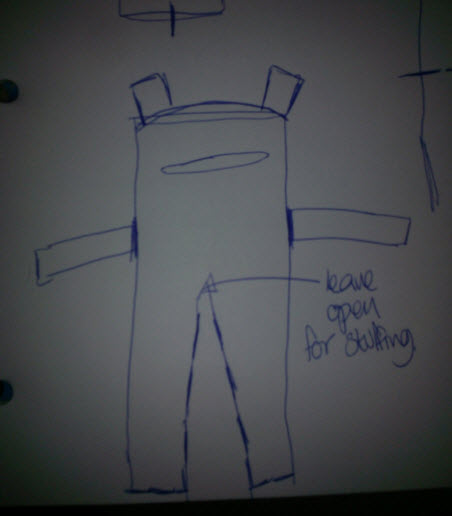 I’m thinking I should stop trying to draw ANYTHING.  Especially when at work I did a video story board at my boss’s boss request and under this picture:

I felt I had to explain that it wasn’t a flasher, it was a man holding a balloon and I’d run out of hairstyle ideas, which wass why he was wearing a hat.

erm...
View all posts by thepogblog →
This entry was posted in Pog Life and tagged drawing, Pogimals, Pope. Bookmark the permalink.

1 Response to Special communication – from Popes to Pogimals