Posted on February 5, 2014 by thepogblog

Two weeks worth as I got all behind….  There’s a bit of a mixture here :o) 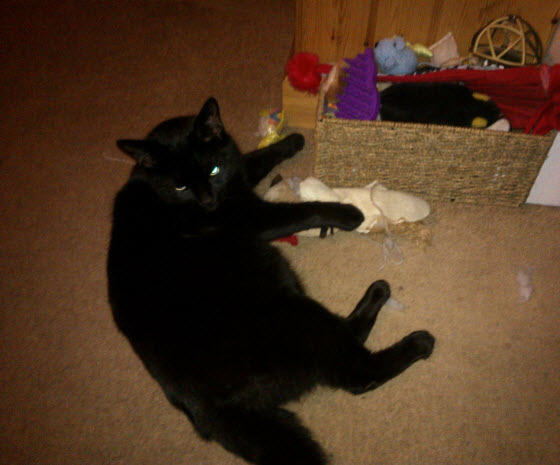 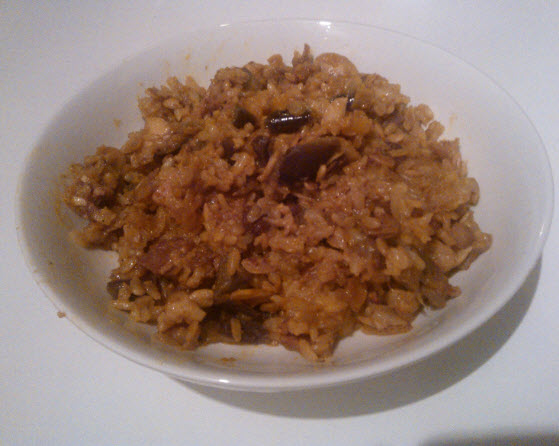 24th January 2014: Slow cooked pilaf. I have no idea why I took a photo, but despite what it looks like, it tasted rather good. 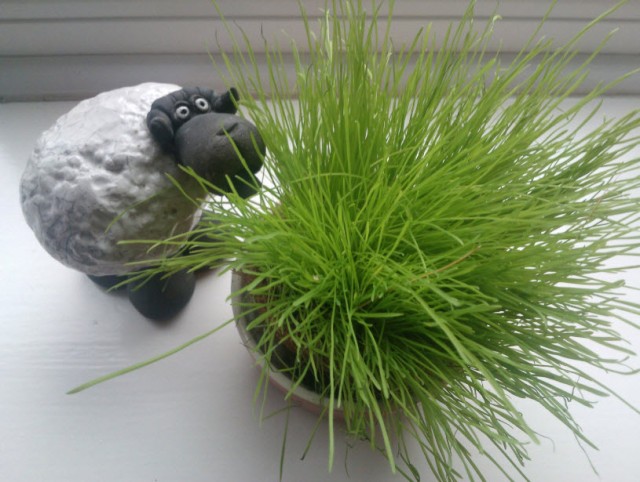 25th January 2014: A lovely friend bought Norman some cat grass seeds at Christmas. I dutifully grew them and…he wasn’t at all interested. Sheep was though. 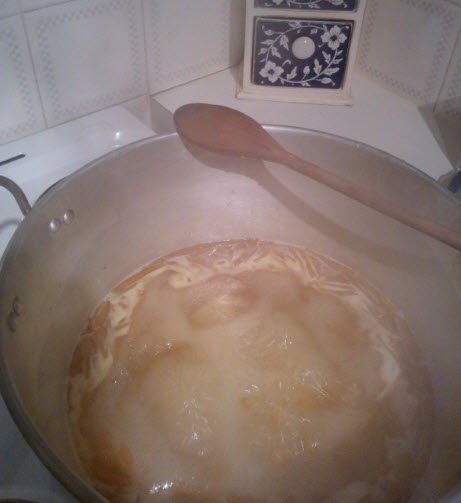 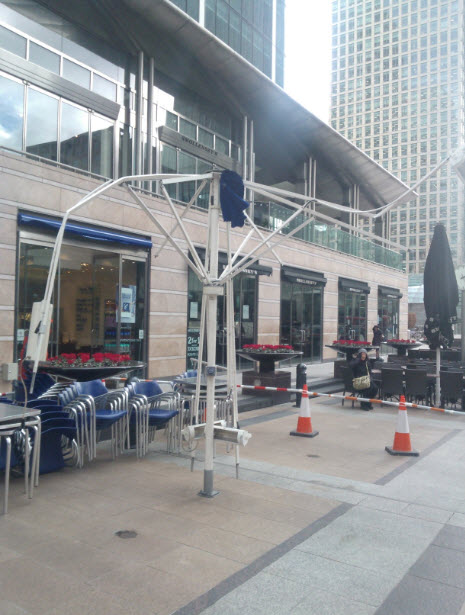 27th January 2014: The strong winds got to the restaurant umbrellas at Canary Wharf. I tried to start a rumour that actually a giant elephant had sat on this one, but people just looked at me funny… 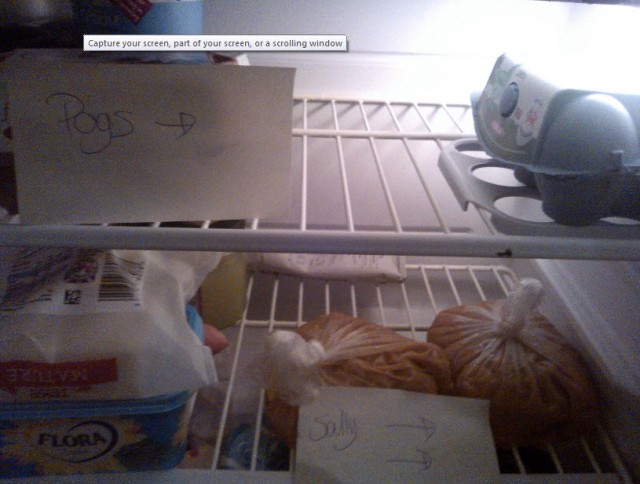 28th January 2014: I made soup and sent Sister 2 a text message saying their were two portions for her in the fridge and one for me. Despite labels, she still managed to take the one portion I’d labelled as mine. 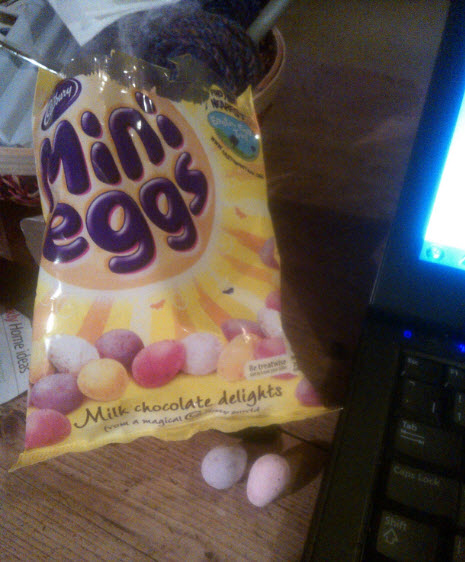 29th January 2014: A late night meeting meant no time for dinner, so Mini Eggs it was. I took them out two at a time and left them to the side of my laptop. Then I had a panic as the eggs started hatching…. (Actually, the heat from the laptop fan was cracking the shells, but you know, it had been a long day…) 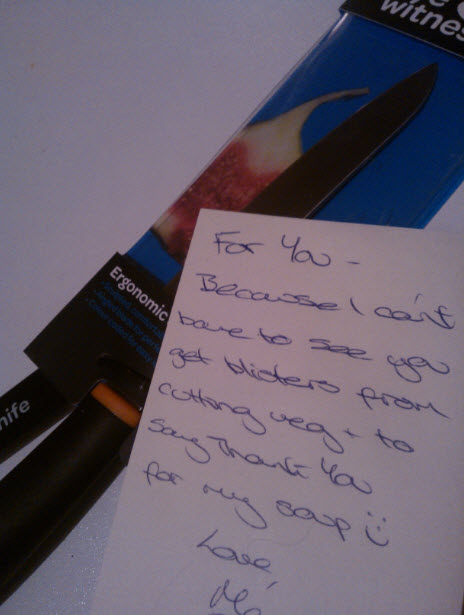 30th January 2014: I found this on my workbench when I got home from lovely Sister 2. When I’d cut up the veg for the soup earlier in the week I’d got blisters on my hands as my knife was so blunt. Now I can slice through veg with no effort at all :o) 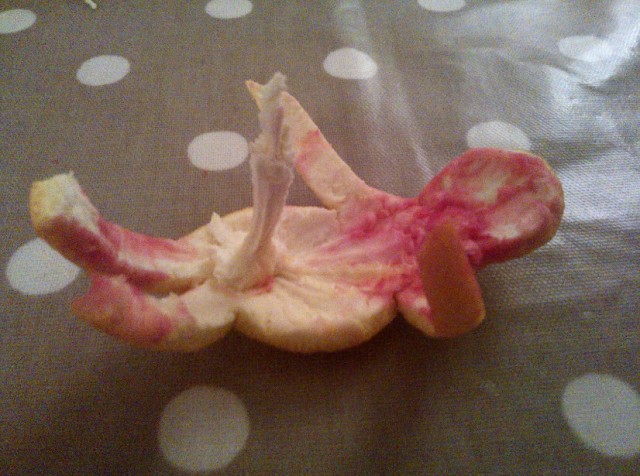 31st January 2014: Dinner with Gorgeous Godson’s mummy and daddy to finish the week. And GG’s daddy made me a ‘Willy Man’ from orange peel. I think it’s safe to say this made my week complete… 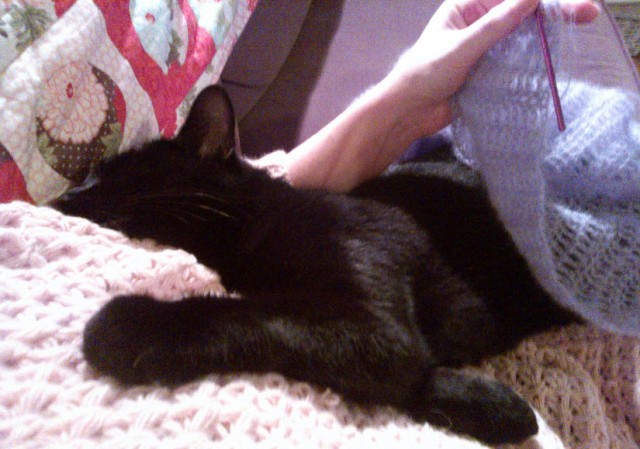 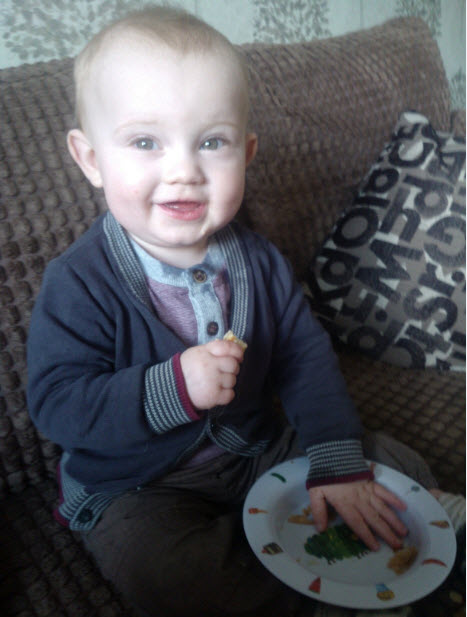 2nd February 2014: Little Pea and I shared a chocolate croissant (that is what aunties are for) and he got the hang of using his bowl. He was rather proud of this, as you can see. 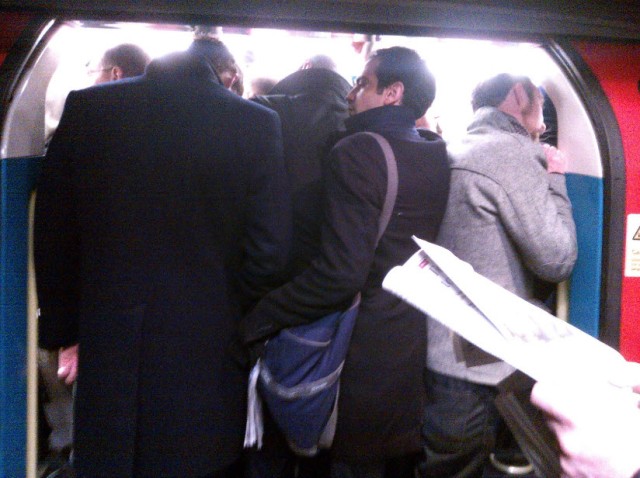 3rd February 2014: Monday morning on the Jubilee Line. It was 7am and already this chaotic! 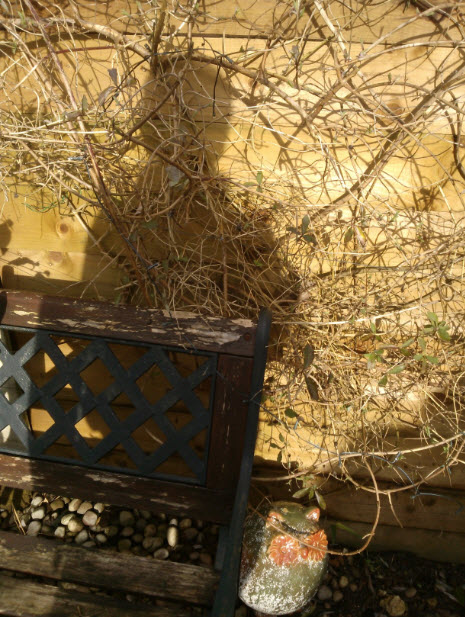 4th February 2014: Can you see it? Can you? Yes, it’s my shadow! The sun actually came out for a few minutes. Between the rain and hail… 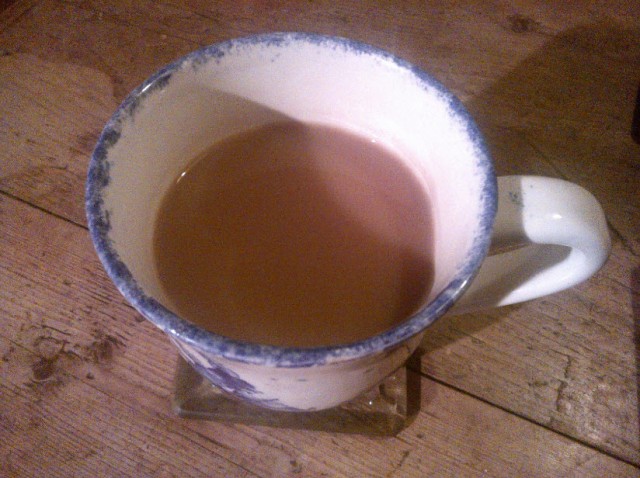 erm...
View all posts by thepogblog →
This entry was posted in Pog Life, Pog Pictures and tagged Pog Pictures. Bookmark the permalink.