Little pea and me…and some dinosaurs

Yesterday was a long over due Little Pea and me day. There was much excitement when I told him our adventure included dinosaurs….followed by crushing disappointment when I had to admit that no, we weren’t going to Jurassic Park, and no, it was very unlikely the dinosaurs would actually pick Little Pea up. Luckily, we’d gotten over that by the time we arrived and we were back to excitement:

Little Pea knows most dinosaur names and spent a lot of time correcting Auntie Pog’s guesses about what they were.

Happily, some did try to attack: 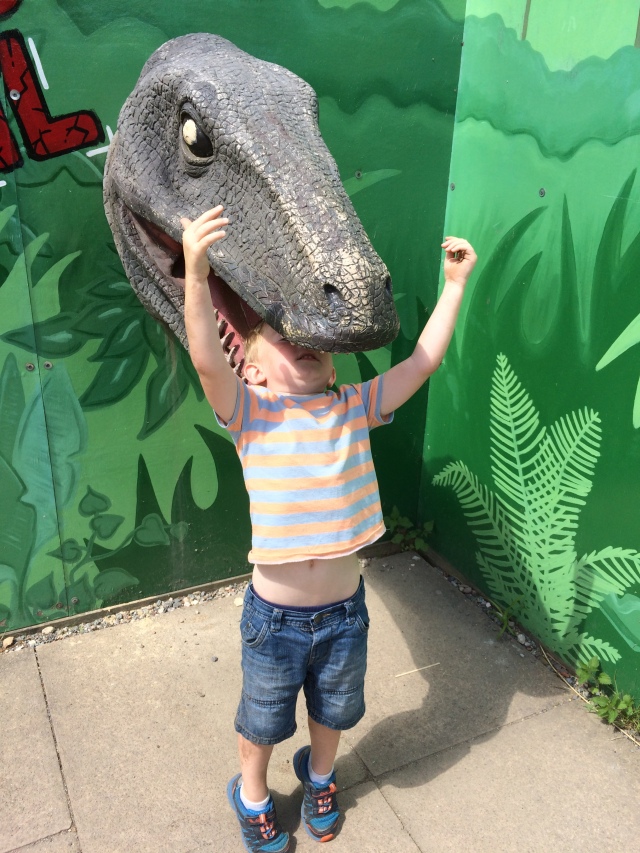 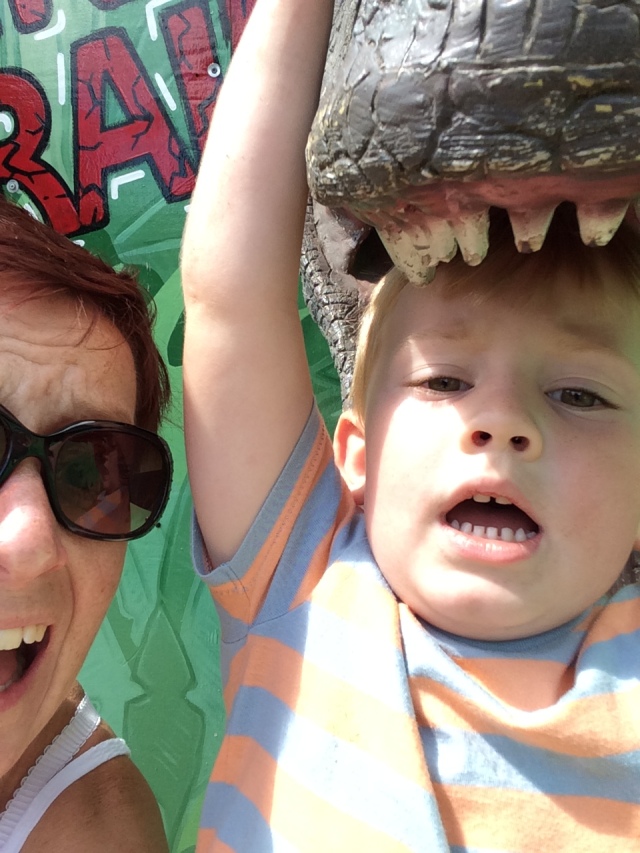 There was further excitement when we got to go on a tractor:

(We will gloss over the melt down had waiting for the ride to start that had no obvious cause and resulted in me apologising to the other people waiting and admitting that I am ‘just the auntie and pretty rubbish at this’. I earned some raised eyebrows and some smiles of sympathy as a result of this admission.)

Making sand angels is fun, but does result in sand absolutely everywhere:

What I found most entertaining was watching the Dads become sand engineers in their quest to make masterpieces in the sandpit while their small charges at best, watched, at worse, wandered off to find something more interesting to do. This didn’t deter the dads…they continued on…

We stroked all sorts of animals and had lots of chats with them: 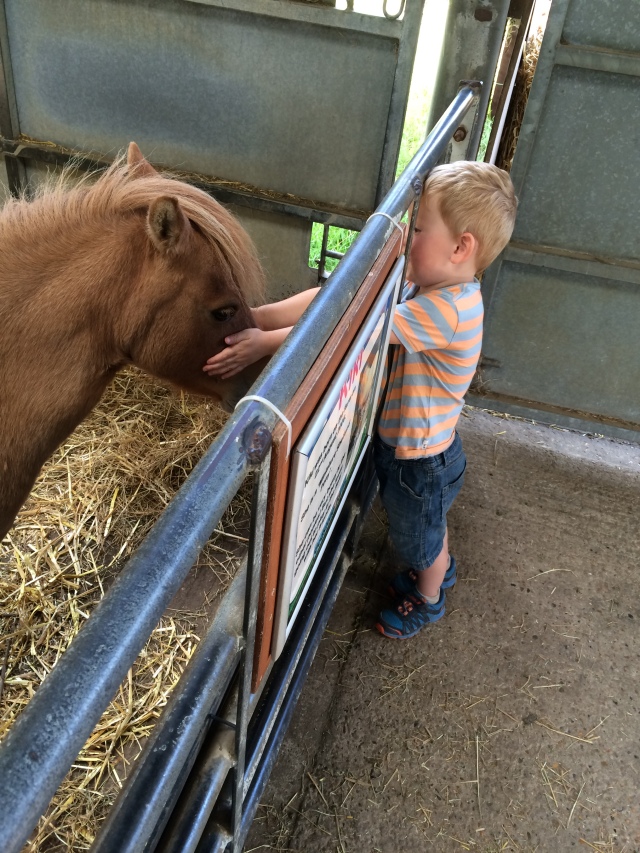 I was left with three realisations at the end of the day:

erm...
View all posts by thepogblog →
This entry was posted in Pog Life and tagged Auntie Pog, day out, dinosaurs, fun, Little Pea, little pea and me day, tractor ride. Bookmark the permalink.